At last night’s Screen Actors Guild Awards, Hollywood royalty came out last night to celebrate the great performances of 2017.  While the undercurrent of the #metoo movement was still present, it was not as all-encompassing as it was at the Golden Globes earlier this month.  For starters, not everyone wore black.  However, the show did honor women.  For the first time in the 24-year history of the SAG Awards, there was a host: Kristin Bell.  Dubbing herself the “first lady” Bell promised to take on cyber-bullying as her main cause.  Also, all of the award presenters were women. 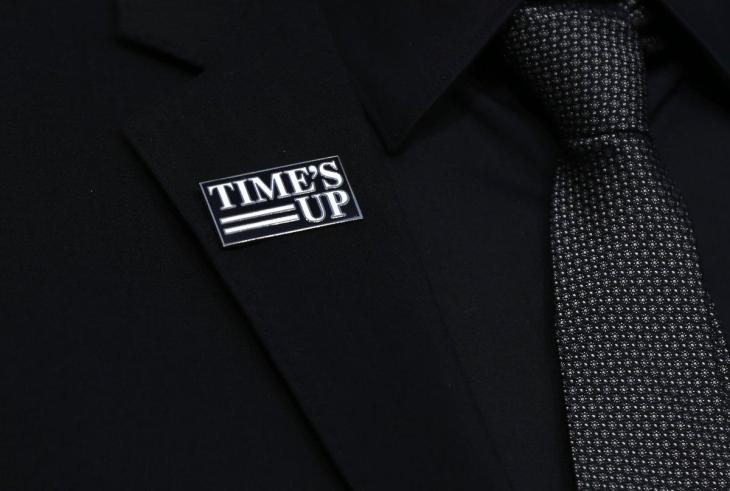 Amid allegations of sexual coercion which surfaced after his Golden Globe win, Aziz Ansari skipped the award ceremony.  Nominee James Franco, who also was accused of sexual harassment after the Golden Globes, did attend the ceremony.  While Franco did not say anything during the ceremony, his presence felt odd.  This must have been a source of conversation amongst the attendees.  Alison Brie, nominee for her role in the Netflix series GLOW and Franco’s sister-in-law, came to the actor’s defense.  During an interview on the red carpet, Brie stated, “I think that above all what we’ve always said is that it remains vital that anyone that feels victimized should and does have the right to speak out and come forward. I obviously support my family, and not everything that’s been reported has been accurate, so I think we’re waiting to get all the information. But of course now is the time for listening, and that’s what we are all trying to do.”

The big winner of the night was Three Billboards Outside Ebbing, Missouri, winning a total of three awards: Best Female Actor in a Leading Role (Frances McDormand), Best Male Actor in a Supporting Role (Sam Rockwell), and Best Ensemble Cast.  This win is an important one for the film.  In the history of the SAG Awards, the film to win Best Ensemble Cast has taken home the Best Picture Oscar 11 times.  This also makes both McDormand and Rockwell a lock for Oscar nominations (which come out tomorrow) and the front runners to win an Oscar.

Also locking in their nominations were Gary Oldman, who won the award for Best Male Actor in a Leading Role for his portrayal of Winston Churchill in Darkest Hour, and Allison Janney, who won Best Female Actor in a Supporting Role for her glorious work in I, Tonya.  Sadly, the bird from I, Tonya was not in attendance.

On the television side, Big Little Lies continued its domination of award season winning awards for Nicole Kidman and Alexander Skarsgard.  There is no category for Best Ensemble Cast of a Television Movie or Limited Series, or Big Little Lies would have walked out with that award, as well.  Sterling K. Brown made SAG Award history as the first African-American actor to win the award for Best Male Actor in a Drama Series for his work on This Is Us.  The show also won Best Ensemble Cast of a Drama Series.

Veep took home the award for Best Ensemble Cast of a Comedy Series for its sixth season.  Actor Matt Walsh, who portrays the hapless press secretary and spokesman for Selina Meyer, made a speech very much in keeping with his character.  He even “accidentally” referred to the award as a Grammy.  Julia Louis-Dreyfus picked up her ninth SAG Award for her role as Selina Meyer.  Louis-Dreyfus is currently in treatment for breast cancer and was unable to attend the ceremony.

Well, what did you think of the awards?  Anything stand out as the best or worst moment of the evening?  Let us know on Facebook or Twitter.

Outstanding Action Performance by a Stunt Ensemble in a Motion Picture
Baby Driver
Dunkirk
Logan
War for the Planet of the Apes
WINNER: Wonder Woman