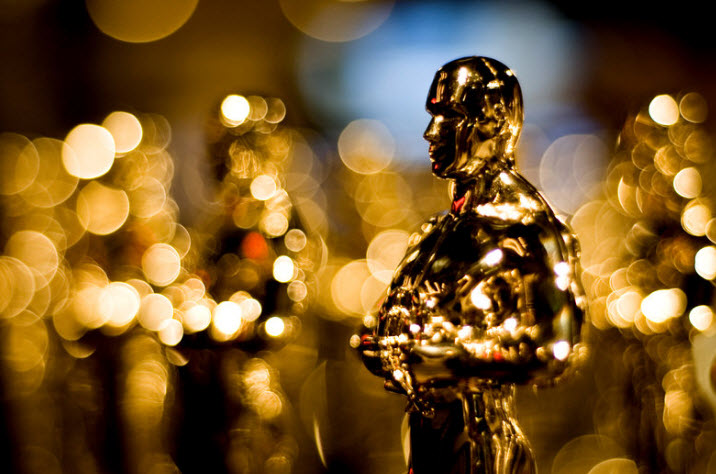 It’s almost here!  The nominations for the 90th Academy Awards will be announced tomorrow morning.  The question that hangs in the air is, of course, who will get a nomination?  With the Golden Globes, Critics Circle Awards, Screen Actors Guild Awards, and Producers Guild Awards all bestowing their honors in the past few weeks, the front-runners have emerged.  However, there is always that dark horse that sneaks in at the last second (I’m looking at you Michael Shannon!).  Here are my predictions for Best Picture, Best Actor, Best Actress, Best Supporting Actor, and Best Supporting Actress.

Call Me By Your Name

The Shape of Water

The problem with this category is that the number of available spots varies from year to year.  Since the Academy changed the rule regarding the number of Best Picture nominations (it can be anywhere between five and ten), the number has gone from nine to eight to seven.  I am going to choose nine this year.  The locks are Three Billboards Outside Ebbing, Missouri, The Shape of Water, Lady Bird, and Call Me By Your Name.  Get Out and Dunkirk are also pretty safe bets.  Both have been nominated for Golden Globes, Producers Guild Awards, and Critics Circle Awards.  They were also both on the AFI list of the best films of the year.  The Post has the pedigree of an Oscar winner, however, its late release caused it to be completely blocked out of the SAG Awards.  Other than the SAG shut out, it has been nominated for all of the major pre-Oscar awards.  This leaves a couple more spots.  I, Tonya was nominated for a Producers Guild Award and a Golden Globe, however, it received no love from the Critics Circle, AFI, or the BAFTAs. The unevenness of the film is probably what will keep it from being nominated in this category. The Florida Project is too small a film to get much more than an acting nomination this year.  It has picked up a few nominations, but nothing prestigious, which makes me think that it probably will be left off this list.  The Big Sick was widely acclaimed when it came out in the middle of the year.  Surprisingly, it was noticeably absent from the Golden Globe nominations.  It did gain some ground when it was nominated for almost every other award, excluding the BAFTAs.  That leaves the real dark horse: Wonder Woman.  The film has received nominations from the Producers Guild, the Critics Circle, and AFI.  However, Oscar does not look kindly upon action movies.  But, who knows?  It may sneak in.

Timothée Chalamet, Call Me By Your Name

Daniel Kaluuya, Get Out

Gary Oldman went through four hours of make-up and donned a fat suit to portray one of the greatest figures of the 20th Century.  That is basically Oscar porn.  He’s a lock.  Newcomer Timothée Chalamet has received raves for his work in Call Me By Your Name, and he has been nominated more times than I can count for this role.  Daniel Kaluuya, the star of the hit horror film Get Out is also primed for a nomination.  If you asked me two weeks ago, I would have said that the only maybe on this list would have been Tom Hanks.  However, the recent allegations of sexual misconduct that James Franco has received put his nomination in jeopardy.  The voting closed one week after the allegations surfaced, so he may have taken a big hit.  I thought Tom Hanks was fantastic in The Post.  It was not a normal role for him, and he really knocked it out of the park.  However, he did not receive SAG or BAFTA nominations.  I am going all in with Hanks, but Daniel Day-Lewis may edge his way in for his work in The Phantom Thread. 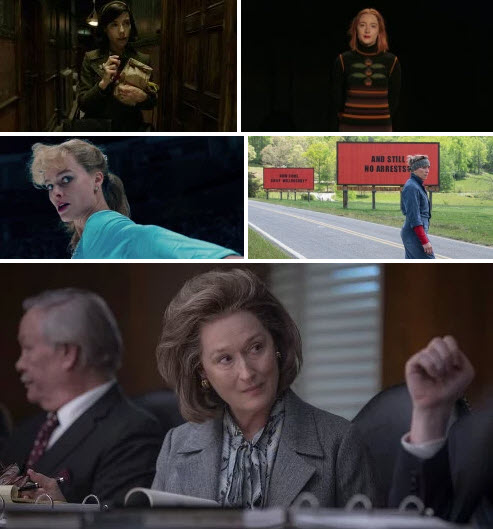 Sally Hawkins, The Shape of Water

The first four ladies on this list can probably sleep in tomorrow, since it is pretty obvious that they will all receive a nomination for their strong work this year.  The only one I am not completely confident about is Meryl Streep.  However, every time I think that she will not receive another nomination I am proven wrong.  I have learned my lesson: never bet against the Streep. 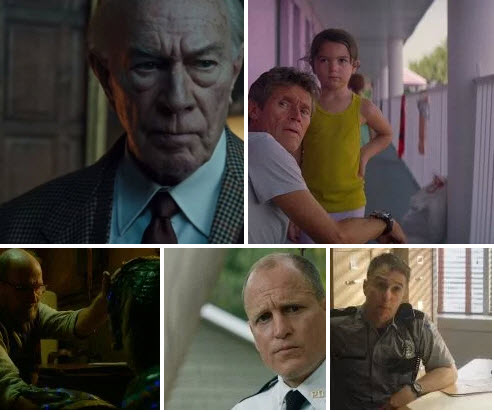 Richard Jenkins, The Shape of Water

Christopher Plummer, All the Money in the World

Sam Rockwell is going to win the Oscar for his tour-de-force performance in Three Billboards.  Done.  Period.  Nothing more to be said.  If he has competition, it would be Willem Dafoe for his work as a motel manager in The Florida Project.  Richard Jenkins has received much acclaim for his role as the closeted neighbor of the mute Eliza in The Shape of Water, so he will probably receive his second Oscar nomination tomorrow.  That leaves two spots.  Woody Harrelson was a great foil to Rockwell’s character in Three Billboards, but he may not be recognized next to Rockwell.  I am going to bet on him, though.  That film will probably walk away with a bunch of nominations, and I can see it receiving two in this category.  All of the controversy that has surrounded All the Money In the World will probably propel Christopher Plummer to a third Oscar nomination.  He was fantastic in the role, and when you add in the fact that he was cast, and filmed the whole thing in about a week, it will probably push him over the edge and into the category. 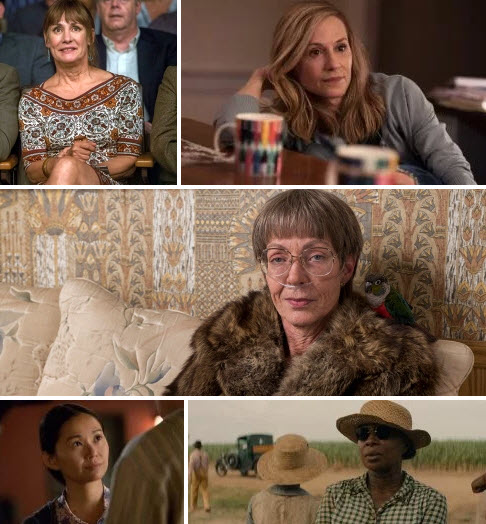 This is another one of those categories where the first four actress are almost guaranteed to receive a nomination.  These names have been bandied about for months now, and tomorrow morning they will finally see all of their hard work pay off.  That leaves one spot.  I am going to give it to Holly Hunter in The Big Sick.  The Academy loves her, and she had the perfect blend of humor, love, strength, and fight in what could have been a one note role.