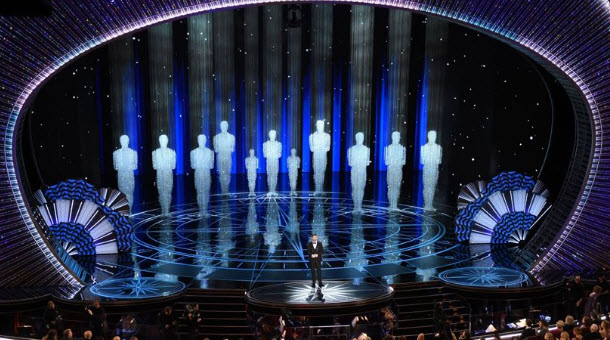 Holy shit!  What the hell just happened?!?! In a surprise twist, Moonlight took home the Oscar for Best Picture, beating the powerhouse that was La La Land, going into the 89th Academy Awards. If that wasn’t surprise enough, the way Moonlight was revealed to be the Best Picture is the real story.  Bonnie and Clyde costars Warren Beatty and Faye Dunaway were on hand to announce the biggest award of the night: Best Picture.  Beatty opens the envelope, stares at the card, looks back in the now empty envelope, Dunaway gently chides Beatty for dragging out the announcement, she takes the card, and announces that La La Land is the winner.  The cast and crew of La La Land file on stage to accept the award and make speeches.  All of a sudden there is a commotion on stage and Land producer Jordan Horowitz says that Moonlight won Best Picture.  From my own personal stand point, I thought this was a kind of “What a lovely film, we share this award with you” kind of statement.  However, it soon became clear that Warren Beatty had been given the Best Actress envelope instead of the Best Picture envelope.  Oops!  Something tells me Pricewaterhouse Cooper may not be contracted for this job next year…

The sadness of the situation comes from the fact that neither La La Land nor Moonlight really got to have their moment.  I am sure it was slightly devastating and embarrassing for the cast and crew of La La Land to be told that they did not, in fact, win the award that they were holding.  However, even though everyone was pleasantly surprised for Moonlight, their moment was overshadowed by the gaffe.  On the bright side, at least it wasn’t another streaker at the Oscars.

The other gaffe of the night was not quite as obvious to those of us watching at home.  During the In Memoriam section of the awards, four-time Oscar nominated costume designer Janet Patterson was remembered.  However, the photograph that was shown was that of Australian producer Jan Chapman.  As it turns out, Getty Images, the company who provided the images for the segment mislabeled a photograph of Chapman as Patterson.  Chapman later told the press, “I was devastated by the use of my image in place of my great friend and long-time collaborator Janet Patterson. I had urged her agency to check any photograph which might be used and understand that they were told that the Academy had it covered.” Oops number two.

The evening was not a complete blunder.  Even though it did not win Best Picture La La Land received six awards, more than any other film this year, including Best Director (Damien Chazelle), Best Actress (Emma Stone), Best Original Song (“City of Stars”), and Best Original Score. Moonlight picked up three awards for Best Picture (I think…), Best Supporting Actor (Mahershala Ali), and Best Adapted Screenplay.

Casey Affleck was awarded Best Actor for his quietly effecting performance in Manchester by the Sea.  Sea also won the award for Best Original Screenplay for writer/director Kenneth Lonergan. While Affleck was the frontrunner for most of the award season, his inevitable win came into question when information regarding a sexual harassment accusation from 2010 was released.  Several industry professionals were vocal about not allowing Affleck to win the award.  Regardless, he pulled through.

After three nominations, Viola Davis picked up her first Oscar for Best Supporting Actress in Fences.  Davis was visibly moved during her acceptance speech which was, arguably, the best of the night.  “You know, there is one place that all the people with the greatest potential are gathered and that’s the graveyard. People ask me all the time — what kind of stories do you want to tell, Viola? And I say exhume those bodies. Exhume those stories — the stories of the people who dreamed big and never saw those dreams to fruition, people who fell in love and lost. I became an artist and thank God I did,” she continued “because we are the only profession that celebrates what it means to live a life.” Host Jimmy Kimmel was not kidding when he said she would win an Emmy for that acceptance speech.

I realize that I may be in the minority, but I was thoroughly underwhelmed by Kimmel’s performance.  While his low-key, lackluster delivery works for his late night talk show, it did not translate well to the Oscars.  The opening monologue was unmemorable, with the exception of the standing ovation he requested for “overrated” actress Meryl Streep.  At one point, Kimmel pranked a group of tourists on a sightseeing bus tour by taking them into the theater and allowing them to interact with the first row of celebrities.  Initially, their reactions were sweet, but it eventually fell flat and just dragged on for far too long.  Even the Mean Tweets (which I normally LOVE) were pretty unfunny.  The only semi-funny part of the show was the ongoing feud between Matt Damon and Kimmel.  I guess Kimmel really does aspire to be like David Letterman.  After all, he two hosted a very unfunny Oscar telecast.

Fire at Sea
I Am Not Your Negro
Life, Animated
WINNER: OJ: Made in America
13th

Land of Mine
A Man Called Ove
WINNER: The Salesman
Tanna
Toni Erdmann

Kubo and the Two Strings
Moana
My Life As a Zucchini
The Red Turtle
WINNER: Zootopia