Sure, you could watch a classic horror movie this like Halloween, Psycho, or The Thing, but why not try some offbeat chillers to give you the holiday shivers? Here are 5 flicks guaranteed to raise the goosebumps. 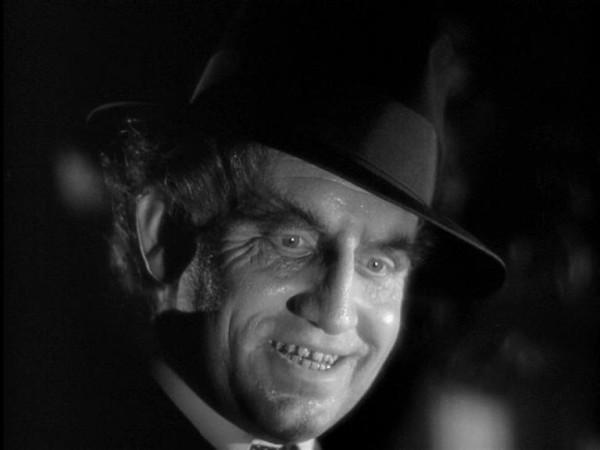 This film version of Robert Louis Stevenson’s tale of a scientist’s experiments with mind and body transformations via a laboratory potion was castigated and an embarrassing flop on it’s initial release.
Many thought Spencer Tracy’s two character performance was hammy and hamfisted. He even thought it would ruin his career! It’s time for a rewrite. Let’s start with the production. It got the full luxe MGM treatment.There’s nothing like fog-blanketed Victorian London to set a moody tone and here you get those eerie cobblestoned passageways with a murderous cloaked madman flitting about the barred parks and side streets like a superhuman acrobat. Chillingly beautiful. And then the cast: Tracy brings a nuanced interpretation to the halved protagonist, more psychological than Freddie Kruger scary. Stevenson’s idea of Everyman being a receptacle of Good and Evil is ratcheted up another Freudian notch. The Evil is our id, sexual repression leads to beastly carnality. The good doctor is torn between his virginal fiance, Lana Turner as a dewey Victorian Barbie doll, and the lustier bad girl, Ingrid Bergman as a hotly-totsy barmaid garbling a dubious Cockney accent. Each woman toys with his inner urges (given how stunningly beautiful they’re filmed by lensman Joseph Ruttenberg, is it any wonder?) and each summons up that creepy ol’ Mr. Hyde in some disturbing shock moments. But if there’s one reason to see how legendary director Victor Fleming spins the yarn, it’s in the Jekyll-to-Hyde mutation sequences. The images that are careening thru Jekyll’s brain are so bizarro you wonder “How did this get past the Hayes office??” Need I say more than Tracy flogging two horses with a whip, one white, one black, who morph into galloping naked Turner and Bergman? If that doesn’t get you to watch this underrated classic I don’t know what will.

Cat People (1942) The best horror film of the ’40s. Kent Smith is a draughtsman who meets cute and weds a mysterious Serbian fashion designer, the kittenish Simone Simon. Things turn eerie when she tells him they can’t consummate the marriage because she’s cursed by an Old World spell wherein she’ll turn into a deadly panther if they do! Sounds hokey but it’s got scenes of real shock and terror that have been ripped off for decades. A masterly use of atmosphere, sound effects, and inky dark shadows to make you squirm. 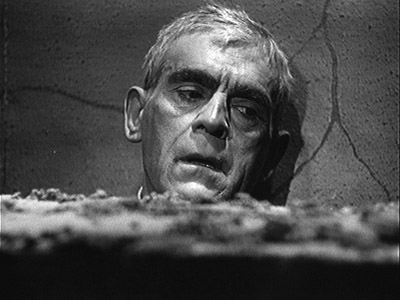 What if you’re committed to an mental asylum and you keep insisting you’re sane…but no one believes you? That scary old premise is given a good turn in this literate and moody horror drama. Anna Lee is the crusading do-gooder who wants to reform the inhuman conditions of Bedlam, the infamous 18th century London madhouse. But the cruel director of the joint, lispy Boris Karloff, catches wind of her scheme and has her thrown in with all the ‘loonies’ through some political sleight of hand. How she plots to keep her wits about her and escape the spooky place is satisfying fun. And if the actress sounds familiar it’s because she went on to become the kindly matriarch Lila Quartermaine 35 years later on the soap “General Hospital”.

Creature from the Black Lagoon (1954) 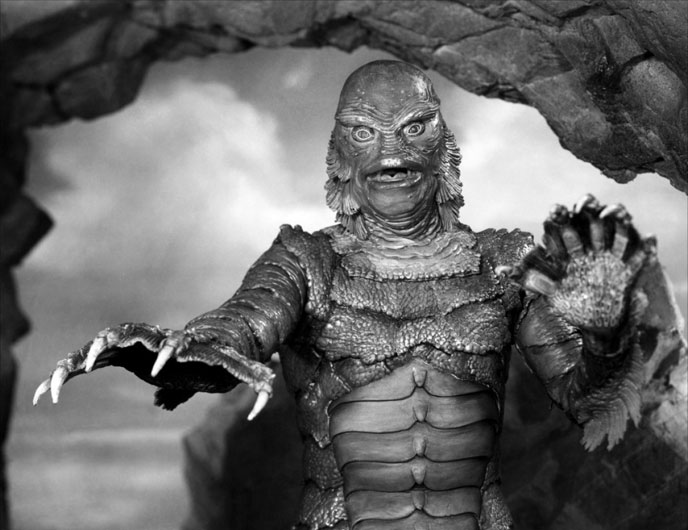 Yes, it’s just a stuntman in a rubber lizard suit, but this atmospheric frightfest has more to offer than it’s (well-deserved) shocks. A team of paleontologists take a tramp steamer deep into the Amazon jungle searching for the remains of prehistoric ‘gill man’ and surprise, he still around to wreak havoc on their mission. Take it all at kitschy face value or look closer and see the real ‘creature’ here is the male ego of the two lead scientists (Richard Carlson, Richard Denning) who vie for the attention of their female cohort (Julie Adams). It’s monster as symbolic sexual frustration. When the big reptile ogles her in a famous underwater pas de deux, the chills are sexy AND spine tingling.

On the surface this looks like another one of those overought ’60s Edgar Allen Poe pictures where Vincent Price hammed it up amongst the pits and the pendulums. But look again, it’s a thoughtful meditation on pervasive corruption in religion and government. Here he’s Matthew Hopkins–a character loosely base on fact—a lawyer in 17th century England who’s a self appointed witch-hunter,  going from village to village executing anyone being suspected of witchcraft or satanism. For the right price. Bleak and unflinching, there are some gruesome scenes of torture and violence so be prepared. But Price is the very picture of smug malevolence in the name of religion, (he considered it his best performance), a baddie with haunting echoes of current events . . . Ted Cruz ring a bell? So it’s worth the time if you can stomach the horror.

You can read more of Ron’s choice picks, penchants, and caprices at The Celluloid Zealot