I almost wanted to title this article, “In Defense of a Bad Show,” but if I’m being honest, I don’t think Smash is a bad show. It has a bad reputation, but I’m going to sit here and earnestly convince you to watch it, because I think it is worth 1,360 minutes (the approximate runtime of the entire series) of your time. Smash, which is about BROADWAY MUSICALS) ran for just two seasons on NBC from 2012 to 2013, but it has stayed fairly relevant in that time, spawning two real-life stagings and concerts based on the musicals created in the show. These concerts were sold out, I might add. Smash inspired an unbelievable amount of love and support in a short amount of time, and brought together a lot of different communities as well. The unfair thing about Smash is that many of its problems (uneven writing, dropped plotlines, inconsistent characters) can actually be attributed to conflict behind the scenes—the infighting between the executive producers. Now, while Smash is not guiltless in all other aspects, it deserves a little forgiveness.

Smash is, at its heart, about Broadway. Just like Broadway, it’s sweeping, glitzy, more than occasionally over the top and melodramatic, and not always rewarding. It’s also full of heart and either heartwarming or heartwrenching, with little room for in between. The first season (with its truly fantastic pilot and sadly flat episodes thereafter) centers around Bombshell: a musical about Marilyn Monroe, and how a musical actually goes from conception to production. Bombshell is the brainchild of writer Julia Houston (Debra Messing doing what she does best, and you are constantly aware you are watching Debra Messing) and her composer partner Tom Levitt (Christian Borle, a Broadway star who shines here). While Julia is loosely based on the showrunner, Theresa Rebeck’s own life (a poor choice that led to fights with the other writers), Tom is the one to watch. Borle plays him with a perfect deadpan wit, and watching his poor decisions in relationships—relatable where Julia isn’t—is incredibly satisfying. He’s funny and talented in a way the show doesn’t always make known (many characters are given a chance to let their talents shine, but Tom never is). One of Smash’s greater injustices is that Tom is not given enough credit—surprising, given his huge ego.

Smash loves dichotomy, so it’s no surprise that season one revolves around another duo (rivals this time, rather than partners): Karen Cartwright (Katherine McPhee) and Ivy Lynn (another Broadway actor, Megan Hilty). Introduced as competitors for the role of Marilyn herself, they are immediately pitted against each other as foils. Karen is the fresh-faced Midwestern ingénue while Ivy is the Broadway veteran, forever an ensemble member and ready for her big break. The issue here is that there’s no contest, and it’s hard to suspend disbelief to make the show work. Ivy is impossible to look away from. Hilty’s voice belts out to fill all the empty spaces on the screen (unsurprising, given her history with Broadway and her considerable talent), and her duets with McPhee tend to leave McPhee in the background. Both characters, especially in the first season, often follow pretty predictable tracks, and so it falls on the actresses to turn them into something more. Hilty succeeds where McPhee doesn’t (truly, Megan Hilty is the shining star of this entire show, and she alone makes it worth your time), though it’s worth mentioning that McPhee finds her footing in the second season, when Karen plays a role that’s essentially a meta stand-in for herself. Smash is smart, and tends to flip the tables on both the characters and the audience, and while Ivy is chosen to be Marilyn fairly early on in the season, she loses it to a hilarious guest run by Uma Thurman, whose character is then poisoned (again, this show does not shy from the melodrama). The first season ends with a perfect crescendo of a final episode, in which her replacement is chosen on opening night. 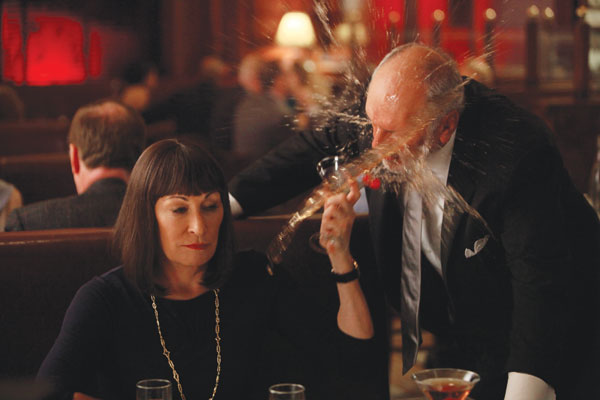 This rivalry between Karen and Ivy extends past Bombshell casting. When season two starts, Karen has the role, but that’s just Boston. If they want to bring the show to Broadway, changes have to be made. That change is reflected in the show in many ways—like a total overhaul behind the scenes, including the replacement of Rebeck, the showrunner, and almost all the writers. The main characters (Karen and Ivy, Julia and Tom, and Eileen Rand—the producer of Bombshell and played by the magnificent Anjelica Huston—and Derek Wills—the director of Bombshell and a certified Don Juan) remain, while essentially everyone else is replaced with a new (and stand out) supporting cast. It’s a double-edged sword. The writing soars and the subplots are finally interesting, but it requires the suspension of disbelief. To watch Smash from season one to season two is to decide that you’re about to watch a different show, that nothing else that came before matters, and that’s okay. Once that decision is made, season two is genuinely wonderful.

The best additions are Jimmy Collins and Kyle Bishop, a writing duo played by Broadway stars Jeremy Jordan and Andy Mientus, respectively. They represent an important shift in the show: the introduction of Hit List, a new musical. Karen meets Jimmy (a troubled songwriter and drug addict), who is writing Hit List with his best friend Kyle (who is tragically and unrequitedly in love with him, but that storyline unfortunately never goes anywhere). In an exhausting turn of events, Karen leaves Bombshell to star in Hit List, Ivy returns to star as Marilyn, and the conflict actually leaves the dichotomy for a while. It’s refreshing. Hit List is inventive and gritty, and the music is some of the strongest the show has to offer. The choreography is also standout. The shows focuses on creating stability and developing the characters in a way that matters—a strong setup for the third season that never was. 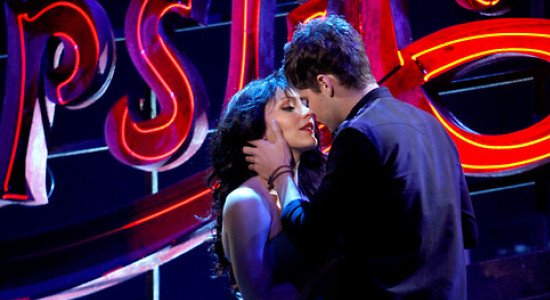 The trouble with Smash is this: it’s trashy—even if it hadn’t been plagued by very real production and writing issues, it would be still trashy. The dialogue is hammy, the melodrama tends to the ridiculous, and there are enough bizarre and awfully executed musical numbers that the good ones really stand out. I have my own personal complaints as well (no queer women and a total waste of Broadway talent such as Krysta Rodriguez and Leslie Odom, Jr.), but overall, Smash deserved more, and simply couldn’t get the viewership up enough for a third chance. Even at its worst, Smash is addicting, and at its best, it is perfectly constructed and deeply satisfying (the pilot, the season one finale, and the series finale easily being the three best episodes of the series). It was a fantastic fusion of mediums, so much so that the fictional musicals became real ones, and it brought Broadway and television together that created powerful and lasting reactions from its viewers, and to me, that’s what makes a show worth watching.