October has arrived with a lot of Oscar bait in toe Bridge of Spies, Burnt, The Martian, Truth, Steve Jobs and the long time coming Jem and The Holograms. Also opening this month Beast of No Nation, Netflix first original film will have its theatrical release the same day that it debuts worldwide on Netflix. So whether you choose to checkout that indie movie you’ve heard so much about, or the latest big studio release, don’t forget to click on the movie title below to view the trailer. We want to make sure you know what you are getting into before you head to the theater.

Synopsis: Adam Jones is a Chef who destroyed his career with drugs and diva behavior. He cleans up and returns to London, determined to redeem himself by spearheading a top restaurant that can gain three Michelin stars.

Our Two Cents: Could this be another nomination for Cooper?

Jem and the Holograms 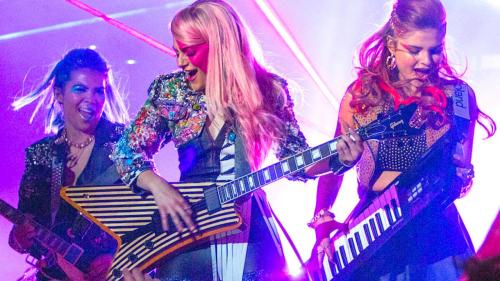 Synopsis: As a small-town girl catapults from underground video sensation to global superstar, she and her three sisters begin a journey of discovering that some talents are too special to keep hidden.

Our Two Cents: Years in the making, I’m curious, I can’t help myself.

Synopsis: The last witch hunter is all that stands between humanity and the combined forces of the most horrifying witches in history.

Our Two Cents: Vin Diesel out from behind the wheel of a car?

Our Two Cents: Spooky stuff, that happen to be caught on camera.

Synopsis: A down-on-his-luck music manager discovers a teenage girl with an extraordinary voice while on a music tour in Afghanistan and takes her to Kabul to compete on the popular television show, Afghan Star.

Our Two Cents: I love Bill Murray but I might wait for cable on this.

Synopsis: The foot soldiers of the early feminist movement, women who were forced underground to pursue a dangerous game of cat and mouse with an increasingly brutal State.

Our Two Cents: Period drama, Oscar bait, I love it!