July arrives fully loaded with sexy (Magic Mike XXL), funny (Trainwreck), dramatic (Jimmy’s Hall) and some major action (Terminator: Genisys and Mission Impossible 5) movies. Not to mention that we are entering a time we will come to know as the Gyllenhaal-aissance, it began last year with Night Crawler and continues with Southpaw.  So whether you choose to checkout that indie movie you’ve heard so much about, or the latest big studio release, don’t forget to click on the movie title below to view the trailer. We want to make sure you know what you are getting into before you head to the theater.

Synopsis: Rusty Griswold takes his own family on a road trip to “Walley World” in order to spice things up with his wife and reconnect with his sons.

Our Two Cents: Another road trip back to Walley World? No! I’m not going, sorry Ed Helms.

Listen to Me Marlon (Limited)

Synopsis: With exclusive access to his extraordinary unseen and unheard personal archive including hundreds of hours of audio recorded over the course of his life, this is the definitive Marlon Brando cinema documentary. Charting his exceptional career as an actor and his extraordinary life away from the stage and screen with Brando himself as your guide, the film will fully explore the complexities of the man by telling the story uniquely from Marlon’s perspective, entirely in his own voice. No talking heads, no interviewees, just Brando on Brando and life.

Our Two Cents:  Whether you’re a fan of Brando or not, this is a fascinating and must see doc.

Synopsis: Ethan and team take on their most impossible mission yet, eradicating the Syndicate – an International rogue organization as highly skilled as they are, committed to destroying the IMF.

Our Two Cents: This looks like so much action-packed fun!

Synopsis: Best of Enemies is a documentary about the legendary series of nationally televised debates in 1968 between two great public intellectuals, the liberal Gore Vidal and the conservative William F. Buckley Jr. Intended as commentary on the issues of their day, these vitriolic and explosive encounters came to define the modern era of public discourse in the media, marking the big bang moment of our contemporary media landscape when spectacle trumped content and argument replaced substance. Best of Enemies delves into the entangled biographies of these two great thinkers and luxuriates in the language and the theater of their debates, begging the question, ‘What has television done to the way we discuss politics in our democracy today?’

Our Two Cents: Similar to the love-hate battle between Ebert and Siskel shown in the doc Life Itself.

The End of the Tour (Limited)

Synopsis: A magazine reporter recounts his travels and conversations with author David Foster Wallace during a promotional book tour.

Our Two Cents: It was one of the best films out of Sundance this year, Jason Segel is rumored to deliver the performance of his career. 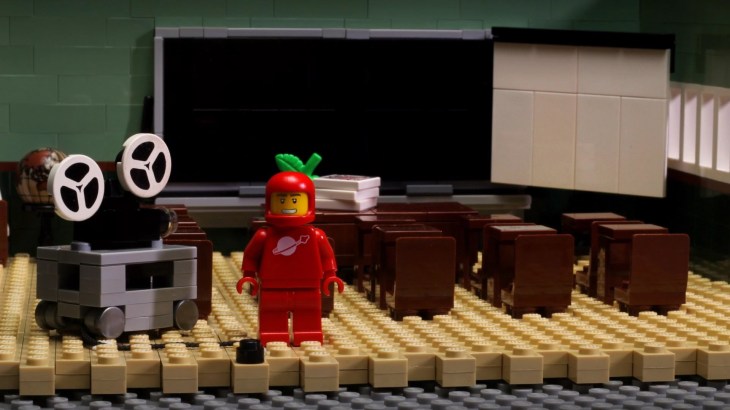 Synopsis: A look at the global culture and appeal of the LEGO building-block toys.