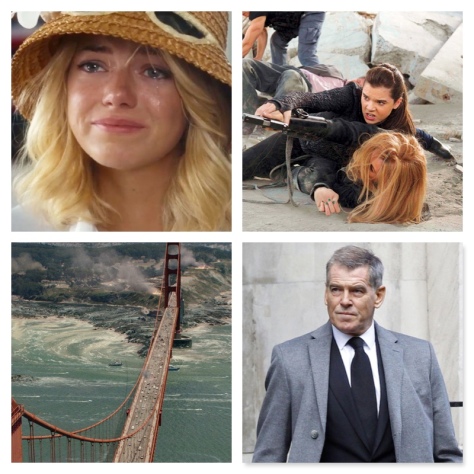 The season of the blockbuster has arrived! Celebrate, cinephiles with the minds of teenage boys! Flawlessly constructed jokes aside, this summer looks set to bring back some oldies but goodies, as well as our seasonal dose of Superhero films. Between Jurassic Park, Avengers: Age of Ultron, Poltergeist and Mad Max, most of us will be setting up tents in our local cinemas.

Synopsis: Bradley Cooper stars as the worshipped military star who, upon returning to his training camp to hopefully win back his long-lost love (Rachel McAdams), ends up falling in love with the lackey assigned to follow him around (Emma Stone). 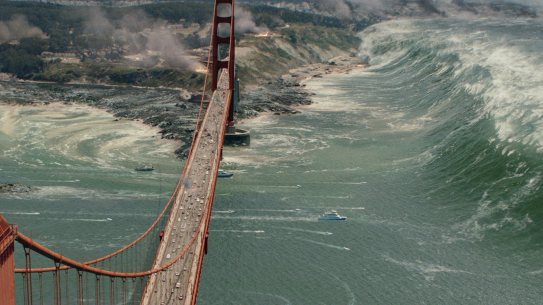 Synopsis: The Rock stars as a helicopter rescue pilot whose only mission is to rescue his family when the entire San Andreas tectonic fault sets a series of environmental disasters in motion that he is forced to watch in the sky above.

Our Two Cents: “The Rock Saves San Fransisco” would be a better title: it feels like it’s trying to be The Day After Tomorrow, but apparently no-one told The Rock that climate change doesnt affect tectonic activity… 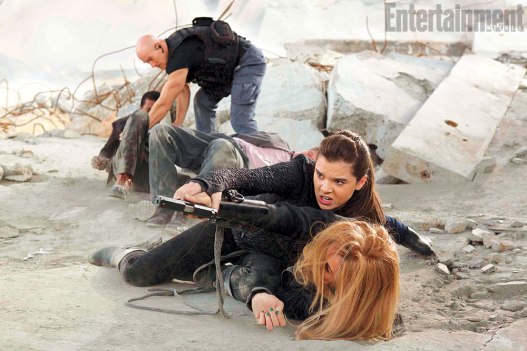 Synopsis: A girl raised in a spy training facility uses the opportunity of her disappearance to start a new life as a typical American teenager. However, the organisation isn’t as keen to let her go.

Our Two Cents: The film might just be a waste of the effort it takes to write these words. 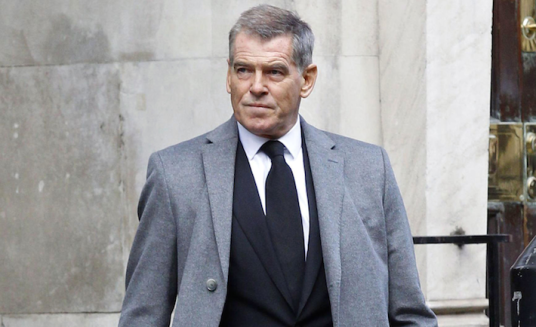 Synopsis: Mila Jovovich stars as Kate, a woman who, upon starting a job in an Embassy, becomes the target of an assassin known only as The Watchmaker (Pierce Brosnan).

Our Two Cents: Could be worth a look, but it’s no Bourne Supremacy.