Search
Was TV worth watching this week? It’s kind of a hit and miss.
Monday, 10/20 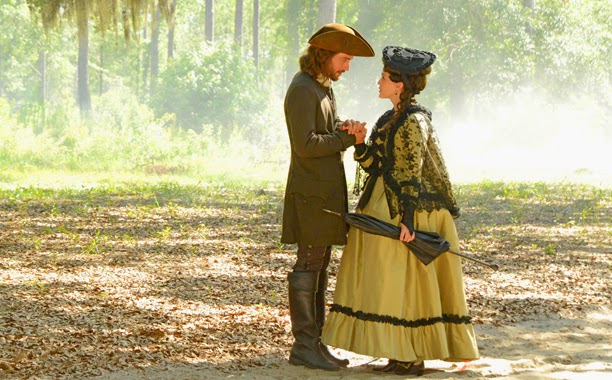 Gotham: Once again, my predictions continue to be on point, because Gotham actually got a little better this week! The whole Arkham plot is getting more complicated, which I appreciate, because I no longer feel like I’m being treated like a five year old. Turns out that there are those in Wayne Enterprises are also in on the corruption, and baby Bruce Wayne is trying to get to the bottom of it. Also this week, Oswald works his way up the crime family ladder, and there is some extremely awkward bonding between Jim and Harvey. All in all, not that interesting, and not really worth watching.  If this seems like an oversimplified recap, I promise you it’s not. This really is all that happened last week.
Sleepy Hollow: FINALLY this episode we hit a chink in the armor of Katrina and Ichabod’s relationship. Because truly, they were getting so unbelievably boring. No relationship is perfect, and we finally saw that this week on Sleepy Hollow. Monster of the week is a liter ghost from Ichabod’s past- a woman he broke off an engagement with that’s now killing any other woman who is close to him (thanks to good old Henry, of course). This includes Abbie, in a  bizarre scene where she’s almost drowned in a library (by magic, naturally) but nobody in the library notices, and the EMTs who come don’t question how she almost drowned. In a library. ??? It’s actually also kind of a great scene though because Ichabod almost cries and clearly never learned CPR, and Hawley (who is growing on me) does, so he gives her mouth-to-mouth and I definitely sense sexual tension growing. It’s time Abbie had a love interest too. Although, at the end of the episode it’s made known that Jenny and Hawley used to have a capital T Thing, so that’s awkward. So, while they’re attempting to vanquish Ichabod’s spurned ex, it comes out that Katrina lied to Ichabod. The ex (Mary Wells) had confronted Katrina back in the day, slipped, fell, and died, and Katrina, instead of I don’t know, TELLING THE TRUTH, wrote a fake letter saying that Mary had given up and gone back to England, so now Ichabod is preeeeeetty pissed. Rightfully so. Worth watching? Yup.
Tuesday, 10/21

Faking It: Faking It gets better and better each week. This week it’s Karma’s birthday, and a lot of tensions are finally coming to a head. Amy plans a scavenger hunt and it’s actually really painful to watch because it ends up being all about how Amy is holding on too tightly to Karma and can’t accept that Karma wants a relationship with someone other than her. In the end though, she brings Liam and Karma together, and they agree to try and give their relationship another go. I loved it. It was perfectly bittersweet. Also, Lauren and Shane crash Liam and Theo’s mixed martial arts class, and it’s actually pretty sad, because Lauren goes for it and kisses Theo afterward, and Theo runs away. I AM LEGITIMATELY SAD ABOUT THIS. Also, Shane recognizes their instructor from Grindr and behaves totally inappropriately, but in a nice move by Faking It, he fesses up and apologizes at the end of the episode. Also they hook up. I feel like I should have seen that one coming. Worth watching? Yes, and also I have convinced three people this week to watch Faking It and none of them regret it so you should watch it too!
The Mindy Project: No Mindy Project this week! Catch up any episodes you’ve missed, if you’ve been so irresponsible that you missed an episode.
Thursday, 10/23
How to Get Away With Murder: More development on the Laurel and Frank front, but unfortunately that development did not include Bonnie, just the two of them heterosexually making out. Also- more insight into Annalise and Sam’s relationship! Turns out she was once his mistress, so we can understand the trust issues (especially because Sam’s cheated on her at least twice now). Is it just me, or does Annalise deserve better? No updates on Connor and his not-boyfriend, which was disappointing, but not surprising. The best parts of this episode were Laurel making a stand and doing what needed to be done for the case, and the actual case itself. A kid shot his dad (a “hero” cop) because he abused his mother, but there was no proof of this abuse. The takeaway: BELIEVE THE VICTIM, ALWAYS. Yes, false allegations exist, but we should always believe the victim unless proven otherwise, because society is pretty awful in a lot of ways and many of those ways include silencing victims and making it easier for men to get away with abuse and assault. Less interesting this week was Wes (who I just can’t get into as a character for some reason), who along with Rebecca finds out that Sam is the one who sent the picture to the murdered Lila, and he confronts Annalise. Next week I guess we’ll find out what happens in the aftermath.
Scandal: I’m kind of over Scandal. Jake is being held by Fitz and keeps taunting him about Olivia, which is gross. No development for Abby or Cyrus this week. Fitz tells Mellie the truth about their son’s death, and weirdly, this helps put Mellie back together again, but Fitz hates her again? Their relationship is horrible and toxic and Mellie deserves better. Olivia finds out that Rowan is behind everything, but he manages to convince her that it was all Jake, because he’s obsessively in love with her. To be fair, from everything I’ve seen, I’d buy that too. I’m a couple episodes away from giving up on Scandal, however, unless there’s a sharp upswing in the quality of the writing. Worth watching? Still no.
Sunday, 10/26

Brooklyn Nine-Nine: No Brooklyn Nine-Nine this week!
The Walking Dead: Okay, so no Daryl/Carol love confession this week, but to be fair they were gone for the entire episode so it could have happened. TWD continues to be good this season! I was right yet again this week as Bob laughs at the survivors of Terminus who are taunting him as they eat his leg: he’d been bitten and they were eating tainted meat. Unfortunately, I don’t get to see them turn because they drop Bob off back at the church and then attempt to kill our favorite merry band of zombie hunters. Instead, they’re all killed themselves in a totally merciless but totally deserved move by Rick. There’s a bit of a schism as the group wants to wait for Daryl and Carol to come back, but Abraham wants to continue to DC without them. In the end, they go, and Maggie, Glenn, and Tara (can you say well-written polyamorous relationship? Because I can) go with them, with Rick and the crew promising to meet up with them as soon as they can. Bob dies (bye, Bob), and at the very end pf the episode, Daryl comes back, but who he’s with is not revealed. Will it be Beth? It definitely won’t be Carol, or else there wouldn’t be much mystery. We’ll see. Worth watching? Still yes.
What happened to Carol? Will Oswald ever get better at eavesdropping? Will Amy date that cute caterer from Liam’s party? These questions and more will (hopefully) be answered next week.
-Mariana Zavala