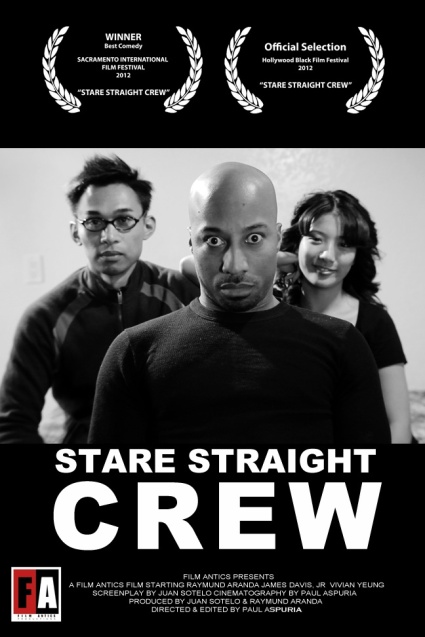 Stare Straight Crew: Follow the wacky world of rival starring champions as they prepare for the next world championships and the affection of their master guru. Winner Best Comedy at the Sacramento 48 Hour International Film Festival; Official Selections at Poppy Jasper and Hollywood Black Film Festivals.Stare Straight Crew was written, shot and edited in 48 hours.

“We are like a band going on tour, but instead of making music, we are making films.”

Film Antics is an award winning production company managed by four guys who took their head-shots way too seriously. Film Antics is dedicated to creating quality, out-of-the-box productions through unique and compelling story telling. Their projects include corporate media, music videos, and films.