Since I am not going to make it to Sundance this year to sip coco and banter with Bob (Redford) over the latest entries into his little festival, the only thing I can offer you are the seleccion of  films I’m most excited to see at a theater near me in 2013 or maybe even 2014. -MD

Synopsis: Don Jon’s Addicition tells the tale of a present-day Don Juan and his quest to become a better person.

Stoker (Due to release February 28)

Synopsis: After India’s father dies in an auto accident, her Uncle Charlie, whom she never knew existed, comes to live with her and her emotionally unstable mother, Evelyn. Soon after his arrival, India begins to suspect this mysterious, charming man has disturbing ulterior motives, but instead of feeling outrage or horror, the friendless girl becomes increasingly infatuated with him

Breath In, the newest film from Drake Doremus, who previously directed Like Crazy, starring Anton Yelchin and Felicity Jones. This film reunites Doremus with Jones, and includes the addition of Guy Pearce and Amy Ryan.

Synopsis:As summer turns to fall, music teacher Keith Reynolds privately reminisces about his days as a starving artist in the city. While his wife, Megan, and daughter, Lauren, look forward to Lauren’s final year of high school, Keith clings to those evenings he’s asked to sub as a cellist with a prestigious Manhattan symphony. When Megan decides the family should host foreign exchange student Sophie, the British high school senior soon rekindles an impetuous aspect of Keith’s personality. 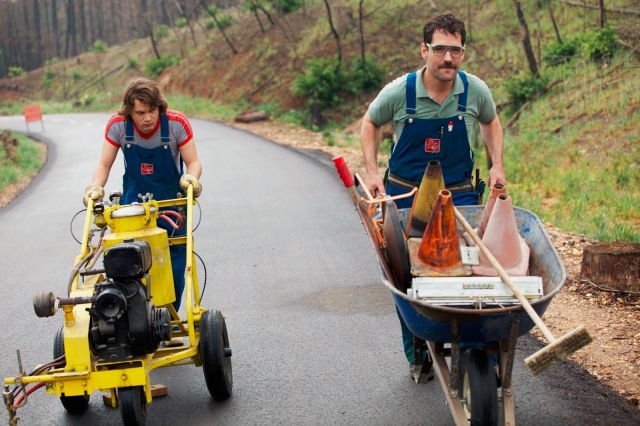 Synopsis: An odd couple of sorts, meditative and stern Alvin and his girlfriend’s brother, Lance, dopey and insecure, leave the city behind to spend the summer in solitude repainting traffic lines down the center of a country highway ravaged by wildfire. As they sink into their job in the remarkable landscape, they learn more than they want to about each other and their own limitations. An unlikely friendship develops through humor and nasty exchanges, leading to surprising affection.