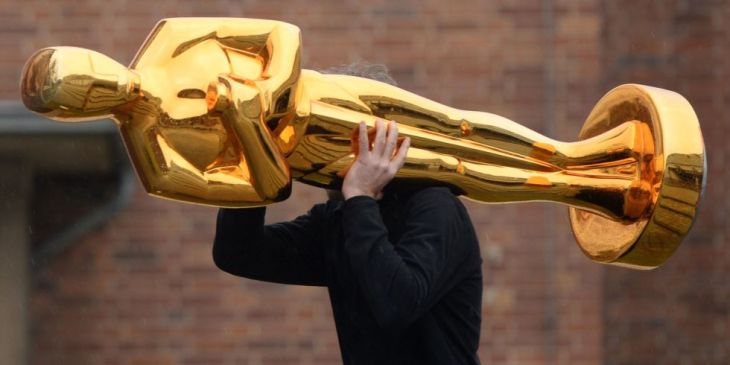 The Academy Award is the most coveted award in the film industry.  When one receives this award, it translates to more parts, more fame, and bragging rights that for one year, “I was the best.”  Or not.  Since its inception, the Academy Awards have been known to be a bit of a popularity contest.  This is not to say that it doesn’t get it right sometimes (Vivien Leigh winning for Best Actress in Gone with the Wind, Schindler’s List winning Best Picture, etc.). However, the Oscar prognosticators spend time analyzing the awards and looking to see who the Academy deems the most popular for that year, but not necessarily the best.  There are classic Oscar missteps that have been addressed by many (see Shakespeare in Love winning for Best Picture instead of Saving Private Ryan or How Green was My Valley winning Best Picture over Citizen Kane).  For this Throwback Thursday, managing editor John David West and awards season guru Ariadne Ansbro look back at some of the lesser known Oscar mistakes and tell you who they think should have won.

Anne Baxter, All About Eve

Bette Davis, All About Eve

Ari’s pick: This is a tough one for me.  Judy Holliday was excellent at playing the dizzy blond Billie Dawn who starts to receive an education in Born Yesterday, but she was not even in the same league as Bette Davis or Gloria Swanson. Pitting Davis and Swanson against each other in career defining roles is an almost impossible choice.  However, I am paid to make impossible choices, so I would have to say that the winner that year should have been Bette Davis.  Her performance in All About Eve was the stuff of legends.  Can you imagine anyone else saying, “Fasten your seatbelts.  It’s going to be a bumpy night.”?

David’s pick: Judy Holliday?  Holliday is solid as Billie Dawn, the same role she played on Broadway, but let’s have a reality check here: Bette Davis in All About Eve and Gloria Swanson in Sunset Blvd. Choosing between those two is unfair (like Meryl Streep and Jessica Lange in 1982)—and that’s probably why Holliday won. They cancelled each other out. Since life is unfair, I’m going to make a choice and say that the 1950 Best Actress should have gone to Gloria Swanson for her larger than life performance in Sunset Blvd. Her movie icon status was solidified when she said, “All right, Mr. DeMille, I’m ready for my close-up.”

James Stewart, Anatomy of a Murder

Laurence Harvey, Room at the Top

Ari’s pick: I am going to start by saying one of the most unpopular things I could ever say: I don’t like Ben-Hur.  This does not mean that I cannot see past my dislike for a film, yet see the brilliance in a performance (i.e. Peter O’Toole in Lawrence of Arabia, don’t hate me).  However, Charlton Heston played Charlton Heston.  He was the exact same tough guy that he played in every movie before, and all of the Bible epics he did after.  Laurence Harvey was wonderful in Room at the Top.  I generally think that Harvey is an actor who is largely forgotten about, mostly due to his untimely death at age 45.  James Stewart really played against type in Anatomy of a Murder as a slightly dubious defense attorney who defends a man accused of murder.  In the end, I have to go with Jack Lemmon in Some Like it Hot.  There are so many great things in this film, but Lemmon is a true stand out.  Sadly, Oscar is not big on honoring comedic performances.

David’s pick: I have to confess, I’m not familiar with many in this category and not a fan of the tediously long Ben-Hur. My choice is Jack Lemmon in Some Like it Hot for his comic performance as a musician who is forced to dress as a woman in order to hide from the mob. It’s a solid iconic comic performance in one of cinemas great classic comedies.

Mary Badham, To Kill a Mockingbird

Ari’s pick: Patty Duke won an Oscar for her role as Helen Keller in The Miracle Worker.  This film was poised to pick up acting Oscars for both Duke and Anne Bancroft in the lead actress category, as the Oscars love to reward people for playing real people and characters who must overcome some sort of physical or mental disability (check and check).  The problem is that years later, the performance that stands out the most in this category is Angela Lansbury in The Manchurian Candidate.  These days it is hard to think of Lansbury playing someone so diabolical.  Lansbury’s performance is so memorable that AFI named her portrayal of Mrs. John Iselin as one of the 50 best villains of all time.

David’s pick: Of all the fine supporting performances in 1962, it’s Angela Lansbury in The Manchurian Candidate, who should have won for her performance as the cold and calculating, communist agent who is part of a plot to brainwash her son to commit murder. Yes, that’s right, our beloved Jessica Fletcher from Murder She Wrote played an evil communist operative. It’s an unforgettable performance that still holds up today. It’s a damn shame that Lansbury was overlooked for her most deserving Oscar.

Geraldine Page, A Trip to Bountiful

Meryl Streep, Out of Africa

Ari’s pick: Over the years, the Academy has given out awards to actors for their body of work instead of their individual performance in the film for which they are nominated.  For example, Henry Fonda for On Golden Pond and Jeff Bridges in Crazy Heart.  Both are fine performances, but no one would say that those were necessarily the “best” performances of their careers.  Geraldine Page’s win in 1985 is much the same.  She had been nominated seven times prior to this win and, as it turned out, didn’t have much longer to live (she died in 1987).  So the Academy felt that it was her time.  I don’t.  Whoopi Goldberg should have won for The Color Purple.   She was perfect as a woman trapped due to her circumstance, who eventually learns to find her voice.  The Color Purple was nominated for 11 Oscars, and didn’t win any.  What a shame.

David’s pick: This is a tough one for me because I’m pretty happy with Geraldine Page, but I have to admit that her Best Actress win does kind of feel like a lifetime achievement award. Streep and Lange are fantastic, and I was almost ready to go with Lange as Patsy Cline. But I have to go with Whoopi Goldberg for her breakout performance in The Color Purple. She was the most authentic and heartbreaking thing in a film that tended to be a bit stagy, over the top, and even silly; Goldberg kept it real.

John Malkovich, In the Line of Fire

Pete Postlethwaite, In the Name of the Father

Ari’s pick: This is a great category.  Each of these performances were so intricate and mesmerizing that they are all memorable.  However, there was one that was better than all the rest: Ralph Fiennes in Schindler’s List.  In life, most people are not all good or all evil; everyone has nuance.  Fiennes plays Amon Goeth as an evil, conniving, murderous bastard, but he also shows a human side to him.  Fiennes was asked about how he could play Goeth as a human being and not as a mustache twirling villain.  He said, “I mean, I could make a judgment myself privately, this is a terrible, evil, horrific man. But the job was to portray the man, the human being. There’s a sort of banality, that everydayness, that I think was important.”  The best scene that illustrates this is when he attempts to show a human side and does not immediately punish a Jewish worker for not getting the stains off his bathtub.  Watch it here.

David’s pick: 1993 was a great year at the Oscar, and this category is a difficult one. There’s not one clunker here. But Tommy Lee Jones Oscar for The Fugitive feels like he won for one of those big performances that inspires Academy voters to award more for career achievement than a specific performance. Without a doubt the Oscar should have gone to Ralph Fiennes in Schindler’s List as Amon Goeth, a Nazi concentration camp commandant. His portrayal of Amon was not just a two-dimensional evil Nazi that’s a pleasure to hate, but rather he played him with depth and complexity, which adds a level of tension and intensity.