Director Irvin Kirshner did something pretty special with The Eyes of Laura Mars. He captured the visceral pulsating atmosphere of the dying days of that immoral Me Decade, the 1970’s, and the cultural nexus where all that grime, grit, glitter, and glamour was in full swing, the scary and wonderful New York City that President Ford had written off with a tart ‘drop dead’, but was still a thriving hothouse of creativity and social taboo busting. It’s all wrapped in a so-so thriller, but the plot, pure Hollywood twaddle,  is beside the point. It’s all about the visual milieu, the dirty streets, downtown discos, and pre-mall-ified SoHo. Faye Dunaway is a high fashion photographer who’s work is a mixture of style and violence, sex and danger. Gorgeous models are coldly impassive in tableaux vivant with guns, blood, fire, wrecked cars, and barking Dobermans. It’s Helmut Newton gone even more gonzo. But just like that she starts suffering from psychic spells where she’s seeing through the point of view of a crazed killer’s eyes. Everyone around her is getting bumped off. Dunaway pulls off the balance of strong career gal and vulnerable victim admirably, and she probably never looked better on film. Those cheekbones and stiletto heeled long legs were made to play a couture ice goddess. An earnest Tommy Lee Jones shows up as the hunky detective assigned to crack the implausible case and to save (and bed) Dunaway. If you don’t see the identity of the murderer coming from a mile away you’re more blind than Laura Mars. Just revel in the time capsule nature of the film and take yourself into that exciting pre-scrubbed-up Manhattan of yesterday where the dangerous mixed with the chic, and the result was decadently stimulating.

You can read more of Ron’s choice picks, penchants, and caprices at The Celluloid Zealot 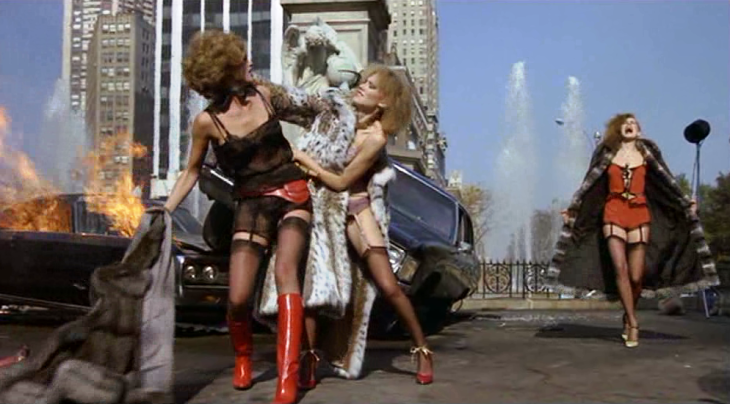