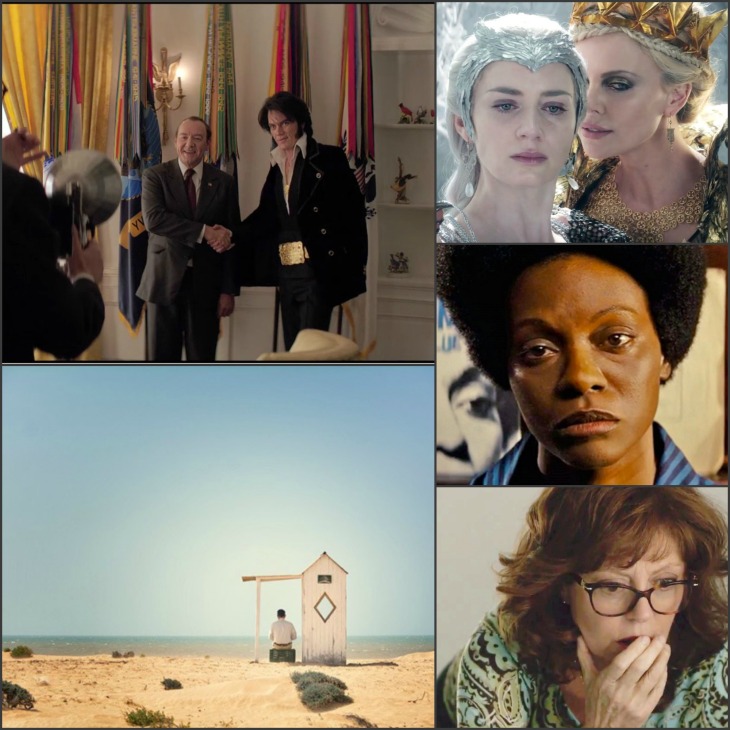 So whether you choose to checkout that indie movie you’ve heard so much about, or the latest big studio release, don’t forget to click on the movie title below to view the trailer. We want to make sure you know what you are getting into before you head to the theater.
-Myrna E. Duarte

Stars: Michael Shannon, Kevin Spacey, Alex Pettyfer
Directed By: Liza Johnson
Synopsis: The untold true story behind the meeting between the King of Rock ‘n Roll and President Nixon, resulting in this revealing, yet humorous moment immortalized in the most requested photograph in the National Archives.
Our Two Cents: This looks surprisingly good, with plenty of laughs and revelations.

A Hologram for the King (Limited)

Stars: Susan Sarandon, Rose Byrne, J.K. Simmons
Directed By: Lorene Scafaria
Synopsis: An aging widow from New York City follows her daughter to Los Angeles in hopes of starting a new life after her husband passes away.
Our Two Cents: A sweet and sneakily effective portrait of a woman learning how to re-engage with the world after the greatest loss. 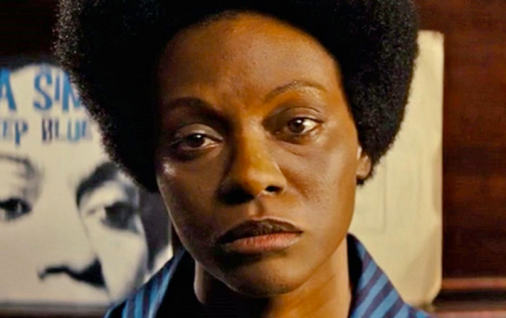 Stars: Zoe Saldana, David Oyelowo, Mike Epps
Directed By: Cynthia Mort
Synopsis: The story of the late jazz musician and classical pianist Nina Simone including her rise to fame and relationship with her manager Clifton Henderson.
Our Two Cents: This film looks like powerful drama and features the relationship between Nina and Clifton Henderson.