March has arrived with a major roar with several very anticipated features being released; The Lobster director Yorgos Lanthimos first English language feature, Midnight Special a Jeff Nichols joint and last but not least Knight of Cups a little ditty from Terrence Malick. It feels like the beginning of award season all over again. So whether you choose to checkout that indie movie you’ve heard so much about, or the latest big studio release, don’t forget to click on the movie title below to view the trailer. We want to make sure you know what you are getting into before you head to the theater.
-Myrna E. Duarte

Stars: Mary Elizabeth Winstead, John Goodman, John Gallagher Jr.
Directed By: Dan Trachtenberg
Synopsis: Waking up from a car accident, a young woman finds herself in the basement of a man who says he’s saved her life from a chemical attack that has turned all females over the age of 36 into a soft vaporous liquid, which can be utilized as a disinfectant.
Our Two Cents: Locked in an underground bunker with John Goodman…I’m there!

Stars: Sacha Baron Cohen, Mark Strong, Isla Fisher
Directed By: Louis Leterrier
Synopsis: A new assignment forces a top spy to team up with his football hooligan brother.
Our Two Cents: Sacha Baron Cohen looks to be doing some of his best character comedy work since Bruno and Borat. And I always enjoy seeing Mark Strong.

The Other Side of the Door

Stars:  Sarah Wayne Callies, Jeremy Sisto, Sofia Rosinsky
Directed By: Johannes Roberts
Synopsis: A family lives an idyllic existence abroad until a tragic accident takes the life of their young son. The inconsolable mother learns of an ancient ritual that will bring him back to say a final goodbye. She travels to an ancient temple, where a door serves as a mysterious portal between two worlds. But when she disobeys a sacred warning to never open that door, she upsets the balance between life and death.
Our Two Cents: Set mostly in India so it’s a whole different kind of supernatural,

Stars: Sean Bean, David Bradley, Jonathan Bailey
Directed By: Cyrus Nowrasteh
Synopsis: Tells the story of Jesus Christ at age seven as he and his family depart Egypt to return home to Nazareth. Told from his childhood perspective, it follows young Jesus as he grows into his religious identity.
Our Two Cents: No comment.

Eye in the Sky (Limited) 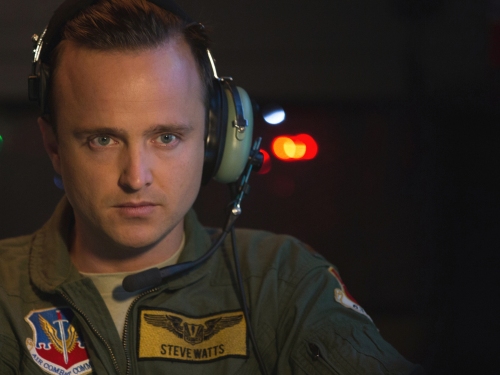 Stars:  Helen Mirren, Aaron Paul, Alan Rickman
Directed By: Gavin Hood
Synopsis: A military officer in command of a drone operation to capture terrorists in Kenya sees her mission escalate from “capture” to “kill” just as a nine-year old girl enters the kill zone.
Our Two Cents: A Military Drone Thriller – is this a thing?

Hello, My Name Is Doris (Limited)

Stars: Jacqueline Abrahams, Roger Ashton-Griffiths, Jessica Barden
Directed By: Yorgos Lanthimos
Synopsis: In a dystopian near future, single people, according to the laws of The City, are taken to The Hotel, where they are obliged to find a romantic partner in forty-five days or are transformed into beasts and sent off into The Woods.
Our Two Cents: A brilliant mockery of modern society and romance. 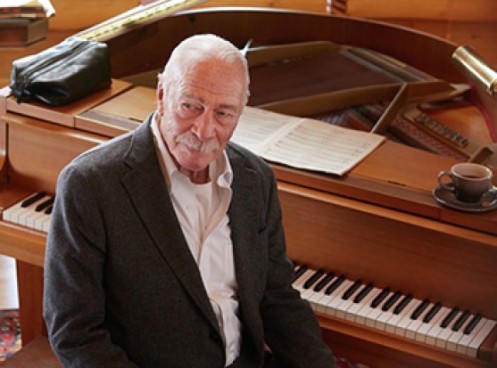 Stars: Christopher Plummer, Dean Norris, Martin Landau
Directed By: Atom Egoyan
Synopsis: With the aid of a fellow Auschwitz survivor and a hand-written letter, an elderly man with dementia goes in search of the person responsible for the death of his family.
Our Two Cents: Anything with Christopher Plummer in it is worth a watch.