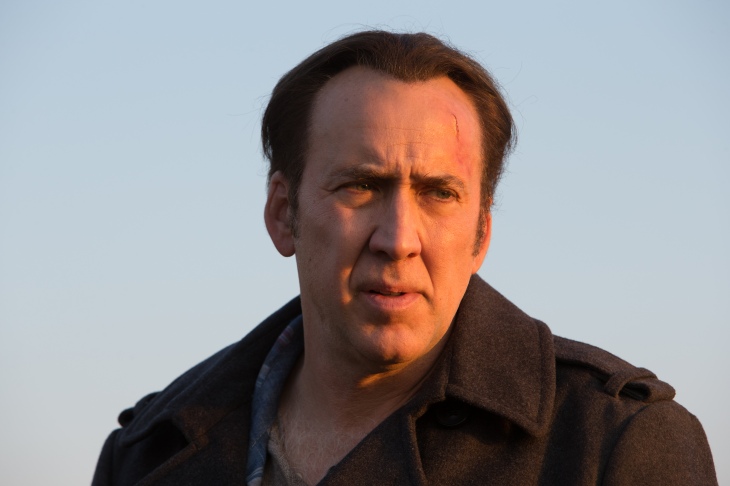 I don’t think I’m capable of summing up this man’s character in a single paragraph, but we should all be on the same page here. Cage has been around forever, and though he’s been cranking out less-than-stellar stuff over the past decade or so, that doesn’t mean he’s incapable of making decent movies.

I’d forgive you for thinking my first post in this series will actually contain some of those decent movies. Well, the joke’s on you. Instead, I took to Netflix and lined up a couple of snoozers. So, without further adieu, I give you three (not so) great Nicolas Cage selections from Netflix: Pay the Ghost, Rage, and Next. 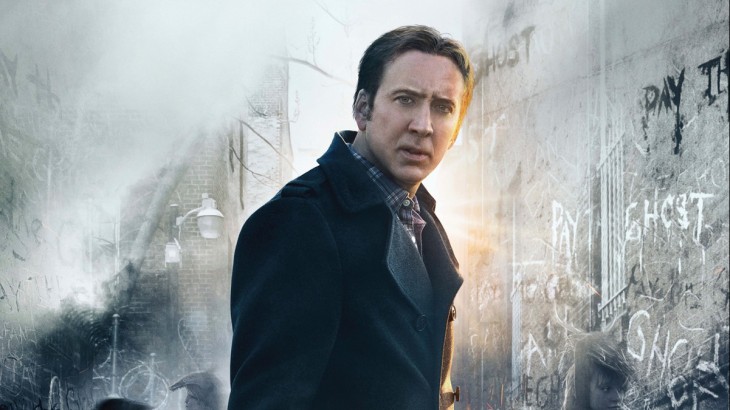 Well, I’m glad I didn’t pay a ghost or anyone else to see this one. The setup is simple, with Cage playing a father desperate to regain his missing son, whom he loses at a Halloween carnival. The run time is spent solving a decades-spanning mystery involving dozens of missing children, which ties directly into what happened to his own son.

The premise isn’t bad, and neither are the first two-thirds of the movie, Sarah Wayne Callies notwithstanding (Sorry, I’ve hated her ever since The Walking Dead. Ugh. Gag me.). The atmosphere is suitably creepy, and Cage does a fine enough job selling himself as a distraught father whose everyday life has become a distraction from thoughts of his son. I don’t know whose call it was, but I think somebody in the production really, really liked Insidious, though, and decided the end of Pay the Ghost should kinda be like that.

The problem, of course, is that Insidious already exists, and you’ll excuse me if it’s a bit late to ignore that fact. Actually, to get a more accurate picture of the final act of Pay the Ghost, you’ll need to throw in a healthy dose of Darkness Falls, Dead Silence, or any number of other horror movies that use vengeful ghosts as the villains. It just feels like they couldn’t come up with a reason for Cage’s son to disappear, so they went with formulas that have worked in more capable hands. If you’re going to introduce a dreamy hellscape where souls become stranded between worlds, you have to at least make the attempt to better the one everyone knows and (I’m assuming) loves. Pay the Ghost doesn’t do that, which means you’re left with a pretty forgettable experience that hardly justifies asking us to become invested in characters and experiences that are better served elsewhere. This movie is why Netflix was invented.

For a movie titled Rage and starring Nicolas Cage, you’d think it would be about some effectual, focused anger by a worthy main character, but don’t forget what you’re dealing with. For about the hundredth time (theatrically?), Nicolas Cage’s offspring has been taken from him, and he’s left to figure out what to do about it. Personally, my focus would be a bit off after about the fiftieth kidnapping, but I get distracted a lot with things like Facebook and cat videos set to Dr. Who music.

It’s been said that Rage is a ripoff of Mystic River, which sounds accurate enough for me. I haven’t seen Mystic River in a long time, and I’m not exactly in the mood for that much over-acting in one two-hour span again quite yet. But there’s definitely no shortage of underwhelming acting in Rage, which showcases at least one difference between the films.

Unlike Pay the Ghost, Rage pits Nicolas Cage versus his daughter’s kidnappers, and there aren’t any shitty ghost stories behind this one, although I might accept that over the tragedy that is everything about Rage.

Cage is a reformed gangster, and his daughter’s disappearance ends up being blamed on the Russian mob, which I guess is fair enough. I think they’re usually the guys who do whatever bad thing to whatever action hero, right? Even if it isn’t them, just blame them anyways. Rage makes it clear that there are plenty of them to go around in Mobile, Alabama, so shoot away.

Not to ruin the party before it gets started, but Rage has one of the most disappointing, horseshit endings a movie like this could possibly have. Any meaning, growth, or acceptance on Cage’s character’s part is tossed away like trash out of a taxi cab window in favor of, I don’t know, something a third grader mentioned to the screenwriter during Career Day one year. A spoiler-free thing I can mention is Danny Glover’s character. He’s a police chief (or lieutenant, or…something) who has some sort of history with Cage, which apparently means a former mobster can get away scot-free after a car chase that ends with a police cruiser being literally exploded as he causes accidents left and right. Nothing Cage could do during his Rage-filled quest is over the line for Danny Glover, because he gets it. He understands. Just like the mayor will most likely understand when Glover has to explain how an ex-con going on a murder spree is cool, man. Like, just don’t worry about it. He’s grieving.

I so badly want to explain about everything that is wrong with this movie, but I’d have to get too specific. Maybe time can heal this wound; maybe not. Maybe having more people watch it only to feel exactly the way I do is the singular way the curse of Nicolas Cage’s DTV flicks will end. Like Ringu, I guess. As it stands, there’s only one solid Cage freakout moment, which is more than I can say for Pay the Ghost. But one solid Cage-ism does not a good movie make, so for all I care, Rage can take its impotent self back to whatever pissed-off, unholy typewriter it came from and stay there until it gets a little less pissed and brick-stupid.

Next is one of those kinds of movies that puts an obviously CG water tower in the middle of a scene for the sole purpose of using it an hour later in an action sequence. That may not sound so bad on paper, but with effects barely above some Syfi productions, couldn’t they find someone to build them a cheap water tower? Or maybe not use a water tower?

But Next’s most damning attribute is its basic premise, which is – I shit you not – about the FBI tracking down a psychic magician in order to see into the future and stop a nuclear attack on American soil. Did the writer/s of Jurassic World have something to do with this? They should have transported Cage around on raptors. I’m reasonably sure this requires no more discussion or explanation, so if you don’t bring it up again, I won’t either.

Moving on, I can’t help thinking Nicolas Cage gives the worst portrayal of somebody who can constantly see into the near future. The way he describes it in the movie, he can see two minutes into the future, but only his direct future. Once he looks at the future, it changes because he looked at it. Rinse, repeat. At least that’s what would have to be happening: He would be receiving visual barrages of billions of ways all actions pertaining to him play out. Nonstop. He never mentions anything about being able to tune them out, so it sounds to me like a psychic nightmare. I’d have killed myself in my teens if I were him.

Anyways, Jessica Biel is in this. Exciting, right? For some reason, her presence allows Cage to see farther into the future than ever before, which in turn gives him a better chance of stopping the bomb. This schtick gets old quick, though, because the movie is fond of letting events add up for a while only to show you that – ah, ha! – it was only one of his psychic future possibilities. Imagine putting up with that after half an hour’s worth of stuff happens.

Tell me, what diners offer martinis? Why is Peter Falk in this movie for one scene? Does Cage really not understand that his “gift” means he’ll never have a genuine interaction with another human being that isn’t based on him seeing every possibility and picking the “best” option? It’s creepy manipulation, especially when you realize that’s how he forms his relationship with Biel. Well, it’s just plain manipulation, but the way he stares her down when she first walks in the diner is the creepy part. There’s no way he’s picking me up with that confused, lonely, soul-piercing gaze. He’s like one of those paintings that’s always looking at you, only he’s actually sitting next to you and just doesn’t care if you’re aware of it.

All of this is to say I don’t understand Next. Any of it. Julianne Moore must have had a long weekend available or something, and Nicolas Cage just plays weird, ol’ Nicolas Cage. I think this was made around the time his decision-making capabilities started catching up with him, so maybe having to deal with selling Scottish castles and whatnot distracted him from noticing Next for the giant piece of shit that it is. Unless we get the documentary nobody is asking for, I guess we’ll never know.