With the juggernaut that is Star Wars VII opening this month it is almost easy to miss other movies, that are no slouches by the way, also opening in December. Studios deliver their films with anticipation of discovering which are serious Oscar contenders (Joy, The Revenant and Concussion), surprises like Anomalisa and Youth, and not to mention a few we are looking forward ( The Big Short, Chi-Raq and The World of Kanako).  So whether you choose to checkout that indie movie you’ve heard so much about, or the latest big studio release, don’t forget to click on the movie title below to view the trailer. We want to make sure you know what you are getting into before you head to the theater.
-Myrna E. Duarte

Alvin and the Chipmunks: The Road Chip 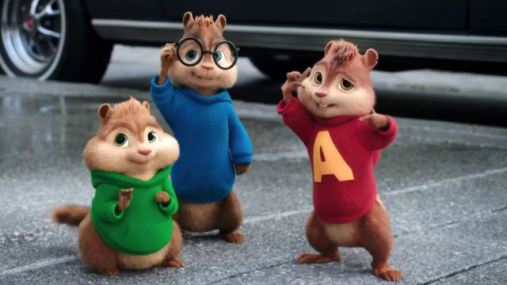 Synopsis: Through a series of misunderstandings, Alvin, Simon and Theodore come to believe that Dave is going to propose to his new girlfriend in Miami…and dump them. They have three days to get to him and stop the proposal, saving themselves not only from losing Dave but possibly from gaining a terrible stepbrother.

Our Two Cents: Poehler and Fey together is always hopeful but this just doesn’t look that good at all.

Synopsis: A continuation of the saga created by George Lucas and set thirty years after Star Wars: Episode VI – Return of the Jedi

Our Two Cents: What can I say about the most anticipated film of the last year or more…I’m in!

Synopsis: In the horror of 1944 Auschwitz, a prisoner forced to burn the corpses of his own people finds moral survival upon trying to salvage from the flames the body of a boy he takes for his son.