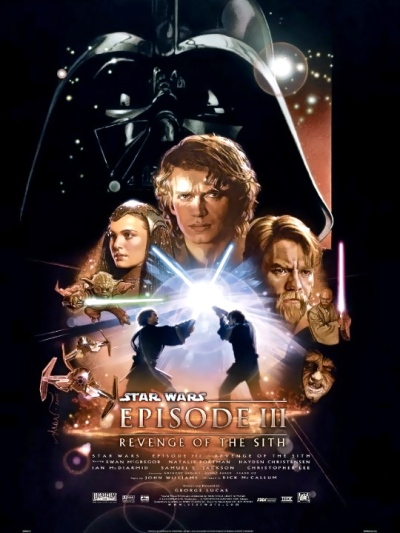 For a fantasy series with six live-action movies currently released, there’s something to be said for the fact I’m still on board after three failures in a row. Yes, that means Revenge of the Sith is a bad movie. Is it still worth a watch? Hell yes. By taking a pass, you’d be missing out on some of the best parts of the entire saga, even if it means sitting through exemplary slices of truly, truly cringe-worthy dialogue.

By “best parts,” I mean Ian McDiarmid’s Supreme Chancellor Palpatine/Darth Sidious. I don’t think I’m exaggerating by saying everything that comes out of his mouth is amazing. That’s an odd reality, considering what comes out of everyone else’s mouth is usually complete garbage. I don’t pretend to know how that works, but I won’t look this particular gift horse in the mouth.

Darth Sidious is to the galaxy what an unsupervised kid would be to a candy store where all of the employees have simultaneously gone on break, and they forgot to lock the front door. Whether in his normal or final boss form, he chooses what he wants and simply takes it. The plot of the trilogy boils down to Sidious literally controlling both sides of a galactic war in order to gain total power and exterminate the Order of the Jedi, which is both fiendish and funny to watch unfold in the manner it does. He literally has over a quintillion battle droids. I don’t have the faintest clue how many that actually is, but it sounds like a lot of zeroes.

It might be obvious to some, but my favorite scene with Sidious is at the opera when he has his talk with Anakin Skywalker (Hayden Christensen). Everything—even the atmosphere! —is pitch-perfect, and no amount of poorly-acted questions by Hayden Christensen will ever ruin what the Dark Lord has to say to him. Nevermind that the opera house looks like they just cleared all the chairs off the floor of the Senate to put up gigantic, singing soap bubbles. You know what? It actually looks cool. The rest of the trilogy looks about like what you’d expect from a director surrounded by yes-men, but I’ll be damned if the opera scene isn’t a fantastic little piece of filmmaking.

It’s a shame that scene belongs in a better movie, as the same basic problems that plagued The Phantom Menace and Attack of the Clones rear their Jango-Fetted heads yet again. For one, is it just me, or shouldn’t the Jedi have a massive problem with controlling an army of genetically-altered human beings, especially when those alterations include being more susceptible to influence/command/authority? This whole mess is what they get for brushing that debacle aside.

Failure is still a common theme in Revenge of the Sith, as the Jedi are as incompetent as ever. Their opening rescue mission to “save” Palpatine is a prime example, as Obi-Wan Kenobi (Ewan McGregor) himself says, “Wait a minute. How did this happen? We’re smarter than this.”

But the real magic trick of the trilogy is that nobody in it is smarter than that, regardless of allegiances. The hangar they barged through had its shield generator located on the outside of the shield. The clone army started bombarding the living hell out of the ship the Jedi were on, while they were actively trying to rescue an important hostage. All of Obi-Wan Kenobi’s communications with R2-D2 were being broadcast through R-2’s built-in speakers so every droid in earshot could hear. Anakin can “sense” Count Dooku but not the most powerful Dark Lord of the Sith to ever live, whom he thinks is just a helpless senator in distress. Later on, the Jedi keep sending Anakin back to have conversations with Palpatine despite Mace Windu’s warning of a dark cloud hanging over the chancellor. The Jedi Council already believes there’s a good chance Anakin will turn out evil, so I guess nobody realized they should stop sending him on secret spy missions with someone who clearly has a lot of influence on him. The only explanation for Padme’s (Natalie Portman) death is “She’s lost the will to live.” At the end, Yoda explains his plan to separate Anakin’s children by sending one to live with a random family, and sending the other to live…with his actual family. The one the Sith already knows about. So . . . right, then. I’ve never exactly been on board with Yoda and his plans, but at least he admits he failed. The things I just listed off are only a few of the examples showing off just how bad this movie is. If I really wanted to go into detail, I’d be writing a book, not a review. 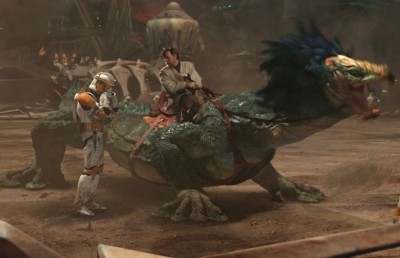 Speaking of Anakin and Palpatine’s conversations, George Lucas decided it would be a good idea to cut away from Darth Sidious revealing himself to Anakin so we could all be treated as fans to a four-armed robot riding a spinning wheel thing and Obi-Wan astride the most obnoxious lizard with gigantism ever. I don’t even understand General Grievous as a character, so I’ll just leave it at that, but everything that happens during Obi-Wan’s mission to kill Grievous is silly nonsense. Who would rather watch any of that over Darth Sidious’ acid-tongued coercion of (I guess?) the main character?

I don’t want to dog Obi-Wan any more than I absolutely have to, because I genuinely like Ewan McGregor’s performance this time around. Even though the movie stubbornly continues to allude to adventures we never get to see, the subtle things McGregor does with Obi-Wan’s character make him come to life more so than in the previous two episodes. While attempting to win back Anakin on the liquid hot magma of death planet, you can hear utter shock and the faintest hint of a laugh when he says, “Anakin, Palpatine is evil!” Alec Guinness impression or not, he effectively feels like a younger version of the old man in A New Hope. 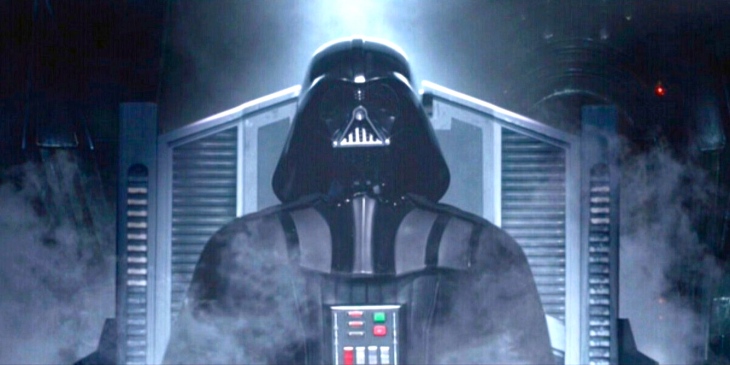 In the end, the only thing elevating Revenge of the Sith over Attack of the Clones (The Phantom Menace never had a chance) is the much more prominently-displayed Ian McDiarmid. Without the Dark Lord exuding evil at every insidious turn, I’d be passed out in a puddle of beer and tears.

But, hey, here we are. Evil has won! Of course, there’s a whole other trilogy to dig into, which will begin with my review of A New Hope, the movie that started it all. What it might lack in CGI and wooden dialogue is made up for with the exactly perfect number of Han Solos shooting first. 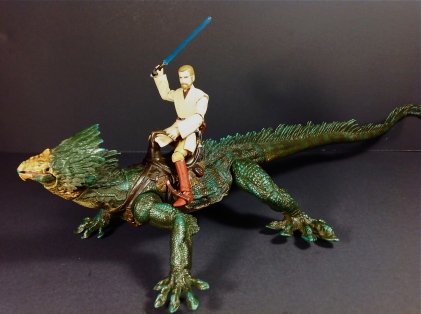