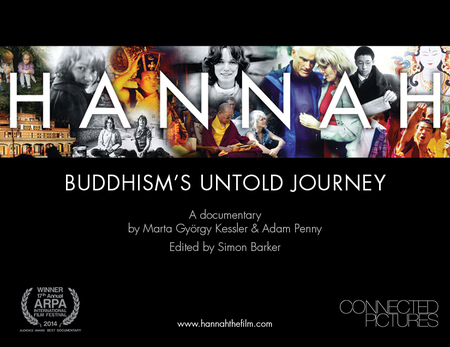 Hannah: Buddhism’s Untold Journey—the award-winning documentary by co-director/producers Marta György Kessler and Adam Penny which chronicles Hannah Nydahl’s story of bringing Tibetan Buddhism to the West—makes its New York City debut at The Rubin Museum of Art on May 6, 8 and 9.

Filmed in India, Nepal, the Far East and Europe, Hannah is the untold true-story of a young Danish woman’s life, searching for greater levels of perception in the 1960s until as an adult, she becomes a pillar of living Buddhism with her husband Ole Nydahl. 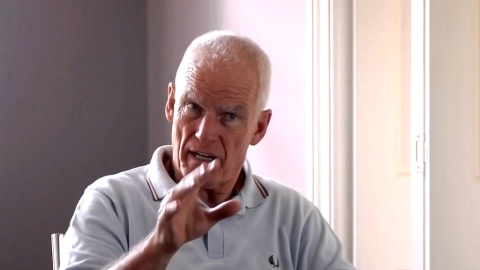 In 1968, the two were the first Western students of His Holiness the 16th Karmapa in Nepal. After a period of study, they were sent back to Europe where they made his teachings of Tibetan Buddhism relevant for Western minds. Over the following three decades they travelled throughout the world bringing the teachings to all walks of life.   Hannah is not just a story about an exceptional and brave woman,” says co director/producer Marta György Kessler, who spent 15 years traveling with Nydahl and some of the most renowned Buddhist Lamas. “It’s an adventure of historical significance with such a profound, rich narrative, it was important that we not just tell the story—but also really touch people with it.”

The Rubin Museum of Art is located at 150 W 17th Street in New York City. Tickets and information can be found via rubinmuseum.org.