One narrative film directed by or written by a woman with a film making its North American, International, or World Premiere will receive the Nora Ephron Award, sponsored by Coach, which recognizes a woman who embodies the spirit and vision of the legendary filmmaker and writer Nora Ephron. Two feature films—one narrative and one documentary—will be selected to receive the Audience Award, the audience choice for best feature film and that is what we are interested in the here the most at MoviefiedNYC.

The films playing in the World Narrative Competition, World Documentary Competition, Viewpoints, Spotlight and Midnight sections are all eligible. To catch up with all the entries please visit the Tribeca Film Festival site, below are some of our favorites at the blog.

Havana Motor Club, directed and written by Bent-Jorgen Perlmutt. (Cuba, USA) – World Premiere. Reforms have offered opportunity in Cuba but the children of the Revolution are unsure of the best route forward. For a half-dozen drag racers, this means last-minute changes to their beloved American muscle cars, as they prepare for the first sanctioned race in Cuba since 1960. Punctuated by a lively Cuban soundtrack, Havana Motor Club offers a fascinating glimpse at the resilience and ingenuity of the competitive spirit. In Spanish with subtitles. 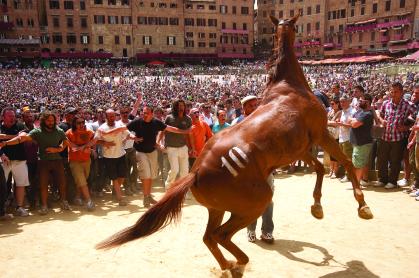 Palio, directed and written by Cosima Spender and Co-Written by John Hunt. (UK, Italy) – World Premiere. In the world’s oldest horse race, the Palio, taking bribes and fixing races threatens to extinguish the passion for the sport itself. Giovanni, unversed in corruption, challenges his former mentor, who dominates the game. What ensues is a thrilling battle, filled with the intoxicating drama that is at the center of Italian tradition. In Italian with subtitles.

The Adderall Diaries, directed and written by Pamela Romanowsky. (USA) – World Premiere. Elliott (James Franco), a once-successful novelist inflicted with writer’s block and an Adderall addiction strives to escape his problems by delving into the world of a high-profile murder case. Amber Heard, Ed Harris, and Cynthia Nixon co-star in this adaptation of Elliott’s best-selling memoir. 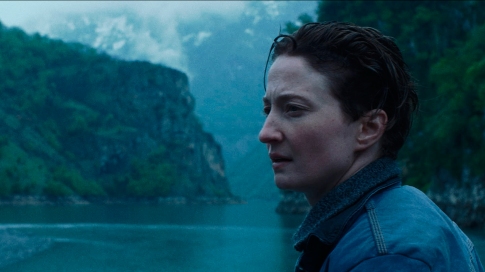 Sworn Virgin (Vergine Giurata), directed and written by Laura Bispuri, co-written by Francesca Manieri. (Albania, Germany, Italy, Kosovo, Switzerland) – North American Premiere. As a young woman living within the confines of a Northern Albanian village, Hana longs to escape the shackles of womanhood, and live her life as a man. To do so she must take an oath to eternally remain a virgin. Years later, as Mark, she leaves home for the first time to confront a new set of circumstances, leading her to contemplate the possibility of undoing her vow. In Albanian, Italian with subtitles.

The Wolfpack, directed by Crystal Moselle. (USA) – New York Premiere, Documentary. Everything the Angulo brothers know about the outside world they learned from obsessively watching movies. Shut away from bustling New York City by their overprotective father, they cope with their isolation by diligently re-enacting their favorite films. When one of the brothers escapes, the world as they know it will be transformed. A Magnolia Release.

Lucifer, directed and written by Gust Van den Berghe. (Belgium, Mexico) – United States Premiere, Narrative. An angel falling from heaven to hell unexpectedly lands in a Mexican village where his presence affects the villagers in surprising ways. Inspired by the biblical story, Lucifer is a mesmerizing, moving, and unique exercise in form, presented in the director’s own format, Tondoscope. In Spanish with subtitles.

Scherzo Diabolico, directed and written by Adrián García Bogliano. (Mexico, USA) – World Premiere, Narrative.Armed with a fine-tuned chokehold and penchant for piano sonatas, a wearied accountant breaks his mild-mannered routine when he kidnaps a young woman. What starts as a carefully calculated plan soon crescendos into his worst nightmare. A delightfully twisted black comedy, Scherzo Diabolico is the latest opus from director Adrián García Bogliano. In Spanish with subtitles 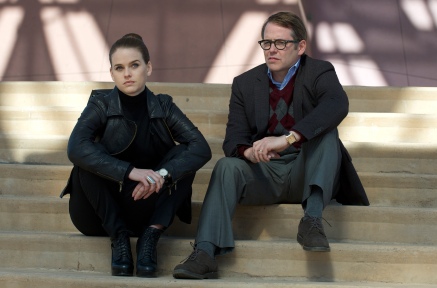 Dirty Weekend, directed and written by Neil LaBute. (USA) – World Premiere, Narrative. Neil LaBute returns to Tribeca with this sharp-edged comedy treat about the ripple effects of desire, whether it’s followed or left unredeemed. Matthew Broderick and Alice Eve are wonderful together as colleagues with secrets who come to depend on each other for understanding as they go to find a spark of excitement in Albuquerque, after dark. 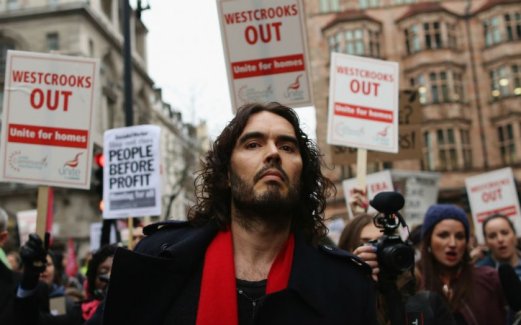 The Emperor’s New Clothes, made by Michael Winterbottom & Russell Brand (UK) – International Premiere. Cinema’s prolific writer/director Michael Winterbottom and comedian/provocateur Russell Brand join forces in this polemical expose about inequality and the financial crisis. From London to New York the film combines documentary style, archive footage and comedy to explore how the crisis has gravely affected the 99% and only benefited the 1%.