The 52nd New York Film Festival (NYFF) has opened with 17 days of exciting world premieres, award winners from Cannes, Berlin, and Venice, retrospective screenings, spotlights on emerging filmmakers, panels, galas and much more! Join us here MoviefiedNYC, as we bring you our daily selection of the one film playing today that we think you shouldn’t miss. Happy NYFF! 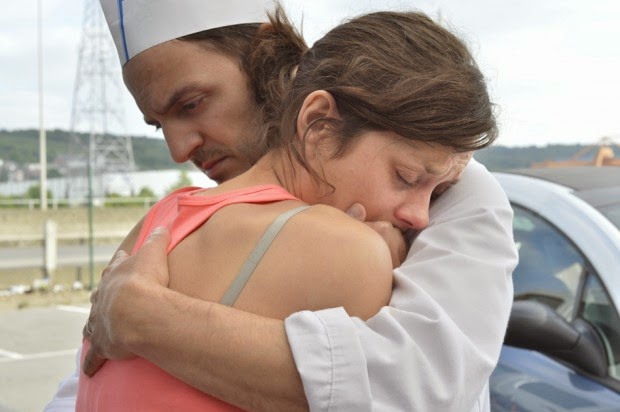 The action is elemental. The employees in a small factory have been given a choice. They will each receive a bonus if they agree to one of them being laid off; if not, then no one gets the bonus. The chosen employee (Marion Cotillard) spends a weekend driving through the suburbs and working-class neighborhoods of Seraing and Liège, knocking on the doors of her co-workers and asking a simple but impossible question: will you give up the money to let me continue to earn my own living? The force of Jean-Pierre and Luc Dardenne’s new film lies in the intensity with which they focus on the second-by-second toll the situation takes on everyone directly affected, while the employers sit at a benign remove. InTwo Days, One Night, the Dardennes take an urgent and extremely relevant ethical inquiry and bring it to bold and painfully human life. A Sundance Selects release.