Gotham: The series premiere of Gotham was amazing. We got a taste of just about everything that was to come: those who would eventually become Catwoman, the Penguin, and the Riddler, and the not-in-the-comics, vicious and scary Fish Mooney, who is so vicious and scary that honestly the fact that her name is Fish Mooney doesn’t even make me crack a smile anymore. Ryan Atwood (who will never be known to me as any other name) was pretty much what you’d expect as a naive Jim Gordon with aspirations of cleaning up Gotham’s corrupt police force. Pleasantly surprising was the chemistry between Renee Montoya (who comics fans will know as the Question and girlfriend of Batwoman Kate Kane) and Jim Gordon’s fiancee. It seems like they have a romantic past that I can’t wait for them to get into. A few complaints about some questionable camera work, but worth watching? Definitely. And remember, this is from a gal who is not a fan of Batman. Oh yeah, Bruce Wayne was in the episode too. He was alright.
Sleepy Hollow: This show could probably never disappoint me, even if it tried. The season premiere lulls you into a false sense of security by pretending to pick up a year later before slamming you with  Abbie still in Purgatory, Ichabod still in a coffin, and Jenny now a prisoner. Spoiler alert, they all eventually are freed, with lots of hugs along the way. Sleepy Hollow has lost none of the chemistry between its leads, with the regular addition of Jenny now. Missing was Irving, not missing was Katrina, Ichabod’s now apparently alive wife who is cool but mostly boring. My question for this season? Why are we still pretending that Ichabod and Abbie are the two witnesses? It was my understanding that they were always Abbie and Jenny. Of course, having said that, I now fear for Ichabod’s death when the series eventually ends. Still, I can’t wait to live Monday-to-Monday again now that this show is back. Worth watching? Without a doubt.
Tuesday, 9/23
Faking It: The surprisingly few problematic elements of the first season are now gone, and I actually have every confidence that this show is going to continue to hold a weirdly special place in my heart. Karma still doesn’t know that Amy and Liam slept together, though they’re both wracked with guilt. Lauren’s secret as an intersex individual is out, and Shane is in a functional, stable relationship? I truly have no complaints about this premiere, I just hope that Amy gets a girlfriend this season, because she deserves it, and also I’m super defensive of her. Worth watching? Yes, and go watch the first season if you haven’t yet! Stop resisting this show!
The Mindy Project: It was fine. Mindy meets Danny’s mom, drama ensues, but it wasn’t anything special. An alright episode, but not a standout by any measure. Worth watching? Every episode of the Mindy Project is worth watching, but this one mostly just so you can get to next week’s episode without any questions.
Thursday, 9/25 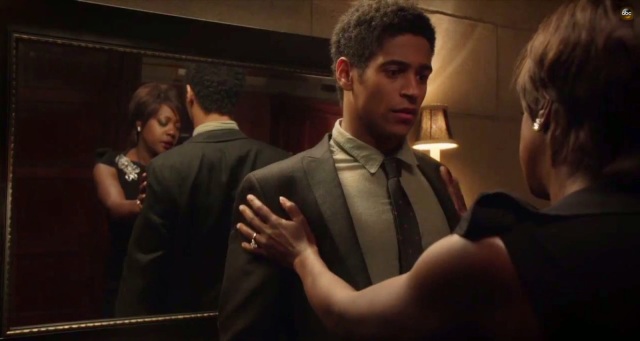 How to Get Away With Murder: In a nutshell: a little inconsistent, a lot ambitious, but entirely captivating. Viola Davis’ character Annalise Keating is kind of all over the place (I was waiting to see her vulnerability in a few episodes, not shoved at me so quickly), and I care little about Wes Gibbins, who’s supposed to be our protagonist. That being said, the drama intrigues me, and the supporting members of the cast are great—especially Connor Walsh, who gives us a side of queer representation that we don’t get to see a lot on network television. (Another plus, creator Peter Nowalk has said the show will not shy away from explicit gay sex, because the only way to normalize it is to treat it just like the heterosexual romances we see on TV, which I love.) I have high hopes that the pacing will even out and the show will hit its stride. Even if it doesn’t, I’ll probably keep watching anyway. Worth watching? Fist-pumping yes.
Scandal: Why am I even still watching Scandal? Olivia and Jake are back, and Olivia is not pregnant. I’m really, really surprised that she’s not pregnant. I thought I was right on the money with that one. Her team is fractured but to be honest, I don’t really care all that much. Fitz was in little of the episode, which I appreciate as he is a power-abusing gross human being and I hate him. Mellie, who I finally learned to love last season, is pretty much destroyed by the death of her son, and I’m genuinely sad about it. Olivia hasn’t forgotten how to make her classic distressed face, which is nice to know, so get ready for another season of chin quivering and an overly downturned mouth. Real talk, there was one bit in the show that really bothered me. On the island that Olivia and Jake escaped to, she was wearing her hair entirely natural and curly, but the second she’s back in DC, it’s relaxed again. The racism that women of color face about their hair (like the fact that their natural hair is not considered “professional,” but who made up those standards? White men.) is a huge issue in the workplace, and I wish they’d addressed that, and let Olivia keep her hair natural. Honestly, I have no predictions about this season, and I don’t really care. I’m just along for the ride. Worth watching? Only if you can live with yourself if you don’t.
Sunday, 9/28 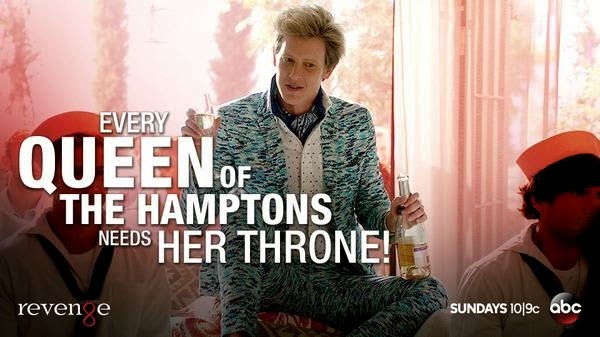 Brooklyn Nine-Nine: A solid season premiere. Not great or standout in any way, but I am definitely glad this show is back. It almost seemed like they didn’t have enough to do, but I suppose they had to wrap up Jake’s undercover storyline before starting new drama. I’m ready for more Rosa/Amy interaction, and less Boyle, to be honest. Gina shined this episode, which is great for me because she’s probably my favorite character. Worth watching? Despite the fact that it wasn’t the best episode it could have been, the fact that it’s worth watching goes without saying.
Revenge: Probably the most exciting development in the new season is everyone’s hair. Nolan’s is absurd, Margeaux’s is some sort of supposedly fashionable disaster, and Jack actually looks clean-cut and cute for once. He’s a cop, Charlotte is a drug addict, Emily is a revenge addict, and Conrad is still dead, thank god. It looks like the most interesting plot point this season will be the return of David Clarke and what that will mean for, well, everyone. Did anything actually happen in this season premiere? Victoria escaped from the mental asylum, I guess that happened. Worth watching? Only if you haven’t already given up on this show. Does anyone care about this show besides me?
See you next week.
-Mariana Zavala