Search
The 52nd New York Film Festival (NYFF) has opened with 17 days of exciting world premieres, award winners from Cannes, Berlin, and Venice, retrospective screenings, spotlights on emerging filmmakers, panels, galas and much more! Join us here MoviefiedNYC, as we bring you our daily selection of the one film playing today that we think you shouldn’t miss. Happy NYFF! 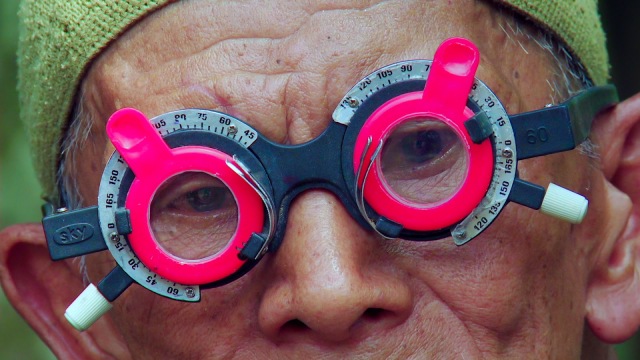 The Look of Silence

In his 2012 documentary The Act of Killing, Joshua Oppenheimer stunned audiences with his bold approach to unmasking the perpetrators of the mid-1960s genocide in Indonesia. While that film exposed the killers themselves, its companion piece The Look of Silence revisits the scenes of their crimes and follows one family among the hundreds of thousands in a quest for understanding as they attempt to confront the remaining murderers—a dangerous endeavor, because the killers are still in power and there hasn’t been any official reconciliation process. But this is no simple confrontational documentary told from a survivor’s point of view. In Oppenheimer’s quietly concentrated second look at the generations affected, a young man, concerned about raising his own children in a society cowed into silence, tracks down his brother’s killers and tries to force them to see the past with fresh eyes.