Search
It appears that August has arrived with every last minute summer movie release including the kitchen sink! But viewer beware, just because Meryl Streep (The Giver) is in it doesn’t mean it’s a good film. August has a bad reputation for being the dumping ground for movies that just don’t fit anywhere (“summer blockbuster release, award season release? I just don’t know. Hey! Let release it in August!”). This makes me wonder, why is Guardians of the Galaxy being released in August?  The word around town is that this could be the best Marvel picture of them all. Is August becoming the new December?
So, whether you choose to checkout that indie you’ve heard so much about or the latest big studio release, don’t forget to click on the movie title below to view the trailer. We want to make sure you know what you are getting into before you head to the theater. 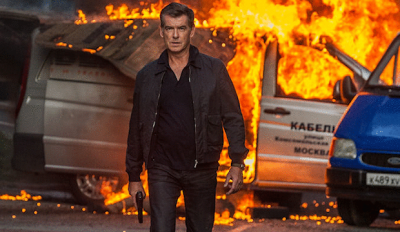 The November Man is directed by Roger Donaldson (The Bank Job, Thirteen Days) and written by Michael Finch (Predators) and Karl Gajdusek (Oblivion), based on a novel by Bill Granger’s novel. Code named The November Man, Peter Devereaux (Pierce Brosnan) is a lethal and highly trained ex-CIA agent enjoying a quiet life in Switzerland. Lured out of retirement for one last mission, he must protect valuable witness, Alice Fournier, (Olga Kurylenko). But he soon learns this assignment marks him a target of his former friend and CIA protégé David Mason. 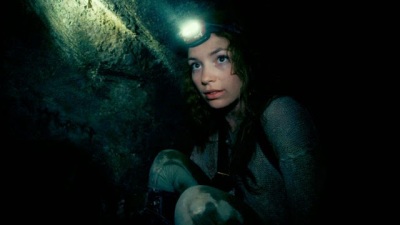 As Above, So Below is directed by John Erick Dowdle from a script he co-wrote with his brother Drew Dowdle (Quarantine, Devil). Miles of twisting catacombs lie beneath the streets of Paris, the eternal home to countless souls. When a team of explorers ventures into the uncharted maze of bones, they uncover the dark secret of what this city of the dead was meant to contain. Perdita Weeks, Ben Feldman, and Edwin Hodge star in the film 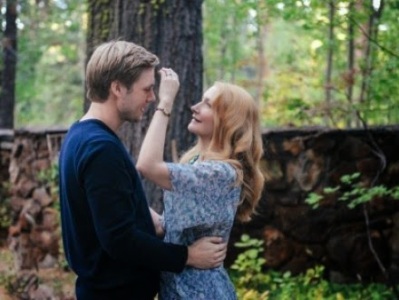 When an affluent matriarch gathers her dysfunctional family for a holiday at their Northern California lake house, her carefully constructed weekend begins to come apart at the seams, leading her to question her own role in the family. The Last Weekend is directed by Tom Dolby and Tom Williams and stars Patricia Clarkson, Zachary Booth and Joseph Cross.
The Congress (Limited) 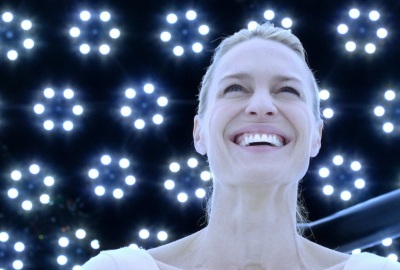 The Congress, a loose adaptation of Stanislaw Lem’s dark, sci-fi comedy The Futurological Congress, is written and directed by Ari Folman (Waltz with Bashir). The story follows actress Robin Wright playing a fictional version of herself as an aging actress who agrees to an experimental procedure whereby her youthful form is scanned and replicated for future use and profit by movie studios. But the consequences of her decision affect her life in ways she didn’t consider. The film also stars Kodi Smit-McPhee, Danny Huston, Harvey Keitel and Paul Giamatti and premiered as part of the Directors’ Fortnight sidebar at Cannes in 2013.
The Damned (Limited)

The Damned is directed by Victor Garcia (Mirrors 2) and written by Richard D’Ovidio (The Call) and David Higgins. American David Reynolds (Peter Facinelli of The Twilight Saga), widowed from his Colombian-born wife, flies to Bogota with his new fiancée (Sophia Myles) to retrieve his rebellious teenage daughter Jill (Nathalia Ramos). En route to the city of Medellin, a car accident leaves them stranded in a rundown isolated inn. When they discover the old innkeeper has locked a young girl in the basement, they are determined to set her free, but ultimately unleash an ancient evil that’s been waiting to wreak havoc on all in its path.
Life of Crime (Limited)

Life of Crime is written and directed by Daniel Schecter (Goodbye Baby), based on Elmore Leonard’s novel The Switch. The wife (Jennifer Aniston) of a corrupt real estate developer (Tim Robbins) is kidnapped by two common criminals (Yasiin Bey and John Hawkes), who intend to extort him with inside information about his crooked business and off-shore accounts. But the husband decides he’d actually rather not pay the ransom to get back his wife, setting off an unbelievable sequence of double crosses. Will Forte ad Isla Fisher also star in the film

One Chance is directed by David Frankel (The Devil Wears Prada) and written by Justin Zackham (The Bucket List) and tells the true story of Paul Potts (James Corden), a shy, bullied shop assistant by day and an amateur opera singer by night. Paul became an instant YouTube phenomenon after being chosen by Simon Cowell for “Britain’s Got Talent.” Wowing audiences worldwide with his phenomenal voice, Paul won “Britain’s Got Talent” and the hearts of millions. Julie Walters, Mackenzie Crook, Colm Meaney and more star in the film.
Starred Up

Starred Up, directed by British filmmaker David Mackenzie (Asylum, Mister Foe, Spread, Perfect Sense), stars Jack O’Connell, Ben Mendelsohn (Animal Kingdom, The Dark Knight Rises, Place Beyond the Pines), and Rupert Friend. The screenplay is by Jonathan Asser, a psychotherapist that worked in the UK penal system, who won the Best British Newcomer Award at the 2013 BFI London Film Festival. The film has been described as a unique mix of Bronson + Hunger + Un Prophete + a bit of Short Term 12.