It is hot outside and in the movie theaters also. This summer is bringing quite a few movies that might still be contenders come awards season in the fall and winter (Life Itself, I Origin, Mood Indigo, and Magic in the Moonlight), not your usual (primarily blockbuster only) menu of choices to select from when you go to the movies. If this is what July has in store for us, I can’t wait until November.

So, whether you choose to checkout that indie you’ve heard so much about or the latest big studio release, don’t forget to click on the movie title below to view the trailer. We want to make sure you know what you are getting into before you head to the theater.

Hercules is directed by Brett Ratner (Rush Hour, X-Men: The Last Stand), written by Ryan Condal and Evan Spiliotopoulos, and based on Steve Moore’s graphic novel Hercules: The Thracian Wars, Dwayne Johnson leads the film as Hercules, haunted by a sin from his past and forced to become a mercenary. Along with five faithful companions, he travels ancient Greece selling his services for gold and using his legendary reputation to intimidate enemies. But when the benevolent ruler of Thrace and his daughter seek Hercules’ help to defeat a savage and terrifying warlord, Hercules finds that in order for good to triumph and justice to prevail, he must again become the hero he once was.

Lucy is written and directed by Luc Besson (director of The Fifth Element and The Professional, writer of the Taken and Transporter franchises). The film follows a woman (Scarlett Johansson) forced to become a drug mule. But rather than just carrying the drug, it enters her system and turns her into a lethal vixen who can absorb knowledge with ease, move things with her mind, see into the future, and doesn’t feel any pain at all. Morgan Freeman also stars in the film. Besson knows how to do action pretty well, and this looks fun.

Step Up: All In 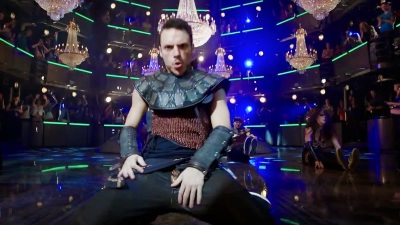 Step Up: All In is directed by Trish Sie (who directed the infamous treadmill music video from the band OK Go) and written by John Swetnam. In the next latest entry in the Step Up franchise, all-stars from previous installments come together in glittering Las Vegas, battling for a victory that could define their dreams and their careers. Anyway, this movie is all about the dancing, and those sequences sure do look impressive, even if the movie doesn’t.

Happy Christmas is written and directed by Joe Swanberg (Drinking Buddies). When Jenny (Anna Kendrick), a hard partying 20-something, moves in with Kelly (Melanie Lynskey), a budding novelist, her film director husband (Joe Swanberg) and their two-year-old son after a break up, the family’s idyllic life is shaken. Jenny begins a rocky relationship with their baby sitter (Mark Webber), and she and a friend, Carson (Lena Dunham), help Kelly realize that an evolution in her life, career and relationship is necessary to be happy.

Magic in the Moonlight (Limited) 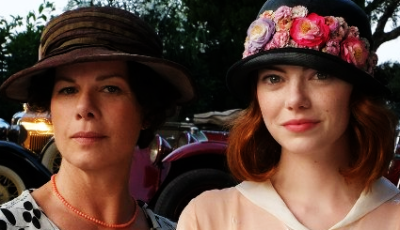 Magic in the Moonlight  is written and directed by Woody Allen (Midnight in Paris, Blue Jasmine, Vicky Cristina Barcelona, Annie Hall, Manhattan). The film follows an Englishman (Colin Firth) brought in to help unmask a possible swindle by a fortune teller (Emma Stone). Personal and professional complications ensue in the story that unfold in the south of France in the 1920s against a backdrop of wealthy mansions, the Côte d’Azur, jazz joints and fashionable spots for the wealthy of the Jazz Age. Marcia Gay Harden, Hamish Linklater, Jacki Weaver and more star in the film. Original and delightful are the first two words that come to mind after watching the trailer and it looks like another home run for the director who shows no signs of slowing down.

A Most Wanted Man (Limited)

A Most Wanted Man is directed by Anton Corbijn (The American) and written by Andrew Bovell (Edge of Darkness), based on John Le Carre’s novel of the same name. German spy Gunther Bachmann (Philip Seymour Hoffman) is tracking down Issa, a suspicious Chechen-Russian immigrant. Pressured by his colleagues to capture and interrogate his suspect as a Muslim terrorist, Bachmann instead asks for more time to carefully track Issa’s movements and his relationship with his German immigration lawyer, Annabel Richter. Using his secret contacts and keen skill, Bachmann uncovers a connection between a world-renowned Muslim philanthropist and a terrorist group and devises a brilliant ploy to expose the scheme. It appearsto be slow burn that is worth seeing.

Very Good Girls is written and directed by Naomi Foner as her feature film debut. Best friends Lily (Dakota Fanning) and Gerry (Elizabeth Olsen), home for one last New York summer, make a pact to lose their virginity before leaving for college. But when they both fall for the same handsome artist (Boyd Holbrook) and Lily starts seeing him in secret, a lifelong friendship is tested. The film also stars Demi Moore, Richard Dreyfuss, Ellen Barkin, Peter Sarsgaard, and Clark Gregg and features new music from Rilo Kiley’s Jenny Lewis.