I recently attended a screening of Josh C. Waller’s new film McCanick, starring David Morse (The Hurt Locker, The Green Mile ) in a rare lead  role, also featuring  the late Corey Monteith (Glee). The story is based around one day in the life of Eugene “Mack” McCanick, a narcotics detective whose past catches up with him when ex-con Simon Weeks is released early from prison. Mack goes on a rampage to hunt down Weeks for undisclosed reasons. Unfortunately, the film does not live up to the gritty, rogue cop dramas that it so fondly references, such as The French Connection (1971); instead, it flails uncertainly through an overly complicated script. The story, written by Daniel Noah, is unrealistic and filled with clichés. The dialogue is overly sentimental, leaving every conversation loaded, predictable, and filled with forced jokes and failed chemistry.
The aesthetics of McCanick are inventive, and some of the shots are effective in bringing shock and suspense to a scene; but for the most part they’re just distracting. The film attempted to be confusing in the same vein of Christopher Nolan’s Memento (2000), but instead it just became so unclear that we never get to know the characters well enough to truly care for them or their situations. Each shot is so “in your face” with seemingly random actions and inexplicable behavior that it’s difficult to see the film as a whole. The background of each character’s life is painted too brashly; we’ve seen the bad father-son relationship before, we’ve heard about good kid gone bad, and we know that cop movies rarely have a happy ending. The film failed to personalize and connect us to its characters. When we hear that the lead cop of the story has plans to reconcile with his son that night we already know (spoiler alert) that the film is not going to end with a hug and a beer. 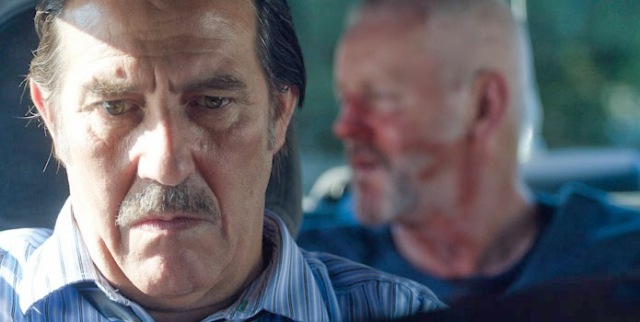 The audience is not in on the whole story from the start; but, honestly, who could tell? The film takes place over one day, jumps in and out of flashbacks, and is so addled that you can barely notice that you’re being let in on a secret at the end. What should have been a spectacular shock ending was really just some more storyline being thrown in. When all is revealed, it’s too late; the film is over, and you can’t really care. You don’t understand McCanick’s motives until the end, and therefore you can’t understand or invest interest in his actions throughout the story. You’re never sure if he’s the guy you want to root for.


I think the film is ultimately disappointing because it’s full of wasted potential. David Morse is a veteran actor who deserves to play a better protagonist.  Mike Vogel was stuck with kitschy cop dialogue. Ciarán Hinds wasn’t used to his full potential, and Rachel Nichols barely got a line in. However, the true star of the film was Corey Monteith. I was afraid that I would feel obligated to praise his work because of his tragic and untimely death, but I can say with sincerity that his talent was evident throughout. Monteith succeeded at shedding his Gleestatus with apparent ease. Rather than playing a hardened criminal he used his soft mannerism to play the broken, hurt and confused traits that suited his character. Ultimately, he shined in an otherwise dull film. 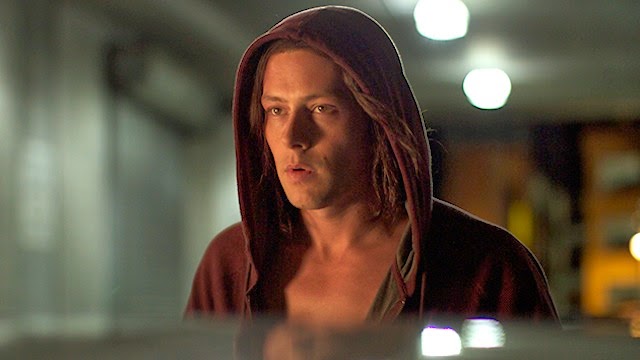