Your entertainment fix in 15 minutes or less!

History of Film in a Minute – A Mary Doodles Speed Drawing

A brief history of film in a one minute doodle. This is a wonderful look at the evolution of the moving image in one quick hand drawn burst.

Mary Doodles is an artist, actress and maker of things. Merging art and video, her time lapsed paintings on Youtube have drawn an online following of young artists and fans alike. She has illustrated the books Simon & The Solar System by Derek Taylor Kent (credited as Mary Gutfleisch) and Voices from the Chicago Grave by Scott Markus. Off the page and onstage she is a member of the award winning improv team The Cobranauts, and has performed in a variety of shows including Never Been Fist, featuring improvised puppetry. In 2013 she received a Streamy award for her costuming work on the viral web series Epic Rap Battles of History.

Growing up in Northfield Minnesota Mary was exposed to many opportunities orbiting the arts. Much of her drawing practice was done in the back of the classroom during lectures. She was also active in local theater productions, including acting and writing in a young adult variation of Saturday Night Live. She studied for two years at Columbia College Chicago, focusing on film making and acting. Soon after dropping out she was in Hawaii working as a production assistant on TV shows and movies including Lost and Forgetting Sarah Marshall. After moving to Los Angeles, and working any creative job she could get, Mary became the art director of the Epic Rap Battles of History. In 2011 she launched her own Youtube channel and quickly built an audience. She was featured by YouTube’s On the Rise program and has since made video art for Disney, Tribeca, and a variety of musicians. 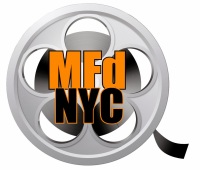