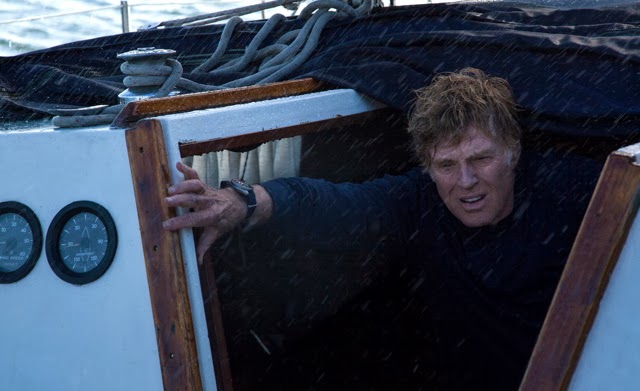 Robert Redford, as you’ve never seen him before, stars in this riveting survival story in which a lone sailor finds his yacht sinking after a collision with a discarded shipping container in the middle of the Indian Ocean. As the days pass and his options steadily dwindle, the luckless and nameless protagonist—identified in the credits as “Our Man”—takes every step possible in a struggle for self-preservation that puts his intelligence and practicality to the ultimate test. Focusing on a sole individual contending with the forces of nature who speaks only a handful of words throughout, this remarkable second effort by director J.C. Chandor is a genuine technical feat, all the more impressive for being the diametrical opposite of his debut Margin Call, with its ensemble cast, interior locations, and intricate dialogue-driven action. But in the end the film belongs to Redford’s fearless performance, alone onscreen from start to finish, facing the prospect of death with quiet determination.