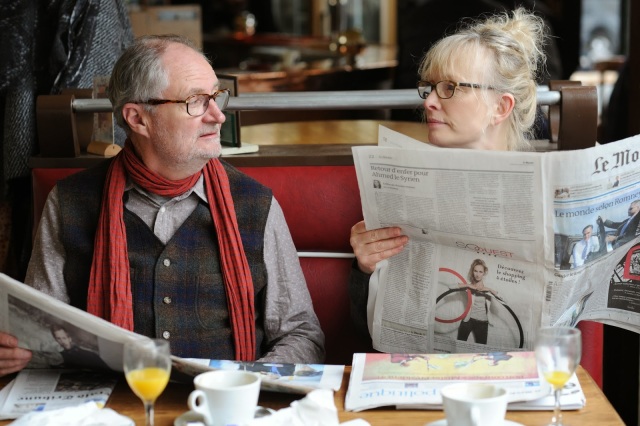 Jim Broadbent and Lindsay Duncan play a middle-aged, middle-class couple who visit Paris for a long weekend in hopes of rekindling their relationship—or, perhaps, to bring it to an end. Diffident, wistful Nick (Broadbent) and demanding, take-charge Meg (Lindsay Duncan) careen from harmony to disharmony to resignation and back again as they take stock and grapple with love, loss, regret and, disappointment, in their own very English way. When they accept a dinner invitation from Nick’s old friend Morgan (Jeff Goldblum), an American academic superstar with a fancy Parisian address, the film strikes one surprising grace note after another, building to a lyrical ending that is, incidentally, one of the loveliest movie homages (in this case, to Godard’s Band of Outsiders) in years. This magically buoyant, bittersweet comedy drama, starring two of Britain’s national treasures, is a new peak in the ongoing collaboration between screenwriter Hanif Kureishi and director Roger Michell. A Music Box Films release.

Series: NYFF51: Official Selection
For the latest festival updates, sign up for NYFF email blasts or follow @TheNYFF on Twitter.
Let us know what your favorite or most anticipated NYFF films are by tweeting us @MoviefiedNYC.