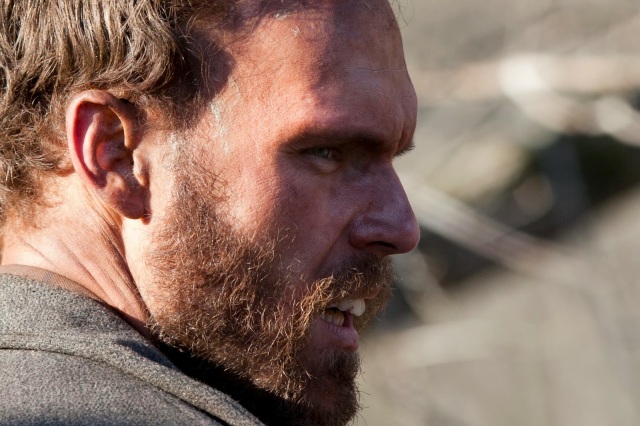 This uncompromising excursion into American Gothic is not for the faint-hearted. Adapted from a 1973 Cormac McCarthy novel, the action is set in rural Tennessee in the early 1960s. Lester (Scott Haze), an unstable, childlike man, is evicted from his farm. He retreats with his rifle into the backwoods, sets up a makeshift home in an abandoned cabin and roves the landscape, wreaking havoc and upsetting and intimidating almost everyone in his path. Lester is identified as a local menace by the county sheriff (Tim Blake Nelson), and as his antisocial behavior veers in increasingly unnatural directions, he withdraws into a subterranean existence, regressing to an almost animal-like state. Confirming the promise of his recent adaptation of Faulkner’s As I Lay Dying, James Franco here demonstrates an unmistakable gift for unadorned storytelling, a rich sense of atmosphere, and a willingness to handle extremely difficult material in an unsensational manner. The result is a truly disturbing portrait of pathological atavism, showcasing a performance of absolute commitment by newcomer Haze.

For the latest festival updates, sign up for NYFF email blasts or follow @TheNYFF on Twitter.
Let us know what your favorite or most anticipated NYFF films are by tweeting us @MoviefiedNYC.