Romantic comedy Baggage Claim, written and directed by David E. Talbert based on his own novel, stars Paula Patton as a beautiful flight attendant looking for Mr. Right 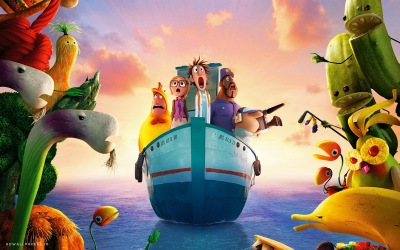 Joseph Gordon-Levitt’s directorial debut Don Jon, premiered at the 2013 Sundance Film Festival to rave reviews. Audiences should be excited to see this sort of anti-romantic comedy.

Metallica Through the Never (IMAX 3D)

Metallica Through the Never combines a narrative story with concert footage from the metal bands tour. Basically, Dane DeHaan is a roadie and is tasked with getting “something” the band needs that night. But when he ventures out, it appears the world begins to go to hell.

Muscle Shoals is a small town alongside the Tennessee River in Alabama and the home of Rick Hall, the founder of FAME Studios, who is responsible for what became known as the “Muscle Shoals sound. ” It’s also the name of this documentary which features musicians like Mick Jagger, Bono, Aretha Franklin, and so many more discussing the magic of the studio that delivered hits. Don’t miss it!

What are you planning to see? Tweet us @moviefiednyc and let us know.