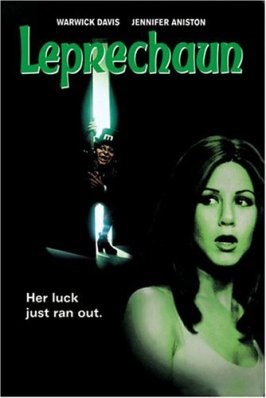 It can be difficult to define an Irish movie. Is it Irish if it has an Irish director like Jim Sheridan’s In the Name of the Father? If it’s set in Ireland like John Carney’s Once? If the actors are Irish as in Neil Jordan’s Breakfast On Pluto or if only the characters are like in Anand Tucker’s Leap Year? Many a Hollywood movie has been set in Ireland but few of them are truly Irish. As Helen O’Hara points out, many of them end up looking like a fairytale land of leprechauns and fiery red headed women, wise priests, harmless drunks and then, depending on the genre, there may be a boxer, terrorist or fisherman thrown in. If its set in the country it will be a magical, romanticized land like that of The Quiet Man and Darby O’Gill and the Little People but if it’s set in the city of Dublin or Belfast it will be horribly depressing like that of The Magdalene Sisters, Angela’s Ashes or Odd Man Out. The whole thing can get a bit confusing but if your looking for a great Irish movie to watch then look no further. Here are my “Top 5 Irish Movies”:
– Sinann Fetherston

Brendan Gleeson is an acting genius, especially for a man who only turned to acting at age 34 after years of teaching in a secondary school in Dublin. He is a star in his own right but prefers to work as a team with others, whether it be Colin Farrell in In Bruge or Don Cheadle in The Guard. The film is 100% Irish humor, outlandishly funny and not a bit politically correct. As the tag line says: The FBI are about to discover that things work a little different around here.

The film holds an all star cast of Cillian Murphy, Owen Roe, Kelly MacDonald, Colm Meaney and quite possibly one of Colin Farrell’s finest roles to date. Intermission is pure Dublin at it’s simultaneous worst and best. The film follows a series of Dubliners through intersecting stories of love, crime, heartbreak and violence.
PS: Try the brown sauce tea.

Adam and Paul is the poor, heroin addicted, man’s Waiting for Godot. It follows the story of two junkie best friends as they spend their day wandering around the streets of Dublin attempting to keep their high by any means, whether it be to beg, borrow or steal from those around them. A sad, touching, and downbeat comedy that will stay with you for days.

Kisses follows Dylan and Kylie, two children who have been forced to grow up too quickly in an all too cruel world. The two run away from home together and their lives slowly transition from black and white to full color. Lance Daly directs the phenomenal Kelly O’Neill and Shane Curry through a series of scenes that show the two kids trying to recapture their innocence and happiness despite all the obstacles that the adult world throws at them. All in all, it’s pure magic.

Dylan Moran is quite possibly one of the finest comedians of all time. He proved his acting chops in the cult classic TV series Black Books and continues to show his comedic skills in this dark comedy of accidental deaths. Amy Huberman, Keith Allen and Mark Doherty deserve honorable mentions for their fantastic performances. Watch it. Repeatedly.

Robert Sheehan stars in this gritty TV series that follows the drama, violence and addiction that takes place in Dublin’s ganglands. Not to be missed.