Synopsis: Based on the worldwide phenomenon of the same name, the film tells the story of Anastasia and her increasingly steamy encounters with the mysterious Christian Grey.

Two Cents: Whether you read the book or not, Beyonce’s “Crazy In Love” Remix is enough to get you into the theatre.

Synopsis: Based on a comic book, the film follows the young Gary Unwin (Taron Egerton) who is saved from a life of crime by Harry Hart (Colin Firth) who just happens to be a secret agent. Together, they must defeat the dangerous Richmond Valentine (Samuel L. Jackson).

Two Cents: Samuel L Jackson plays a criminal mastermind in a schoolboys uniform with a lisp – what more could you want?

Synopsis: A couple, upon reaching the end of their relationship, recount through song the desires that brought them together. Based on the award-winning musical of the same name. 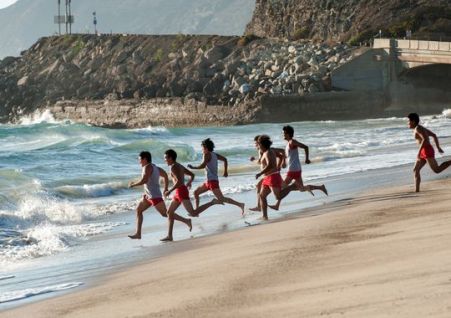 Synopsis: Kevin Costner stars as a track coach who struggles to connect with his pupils in his new job at a Latino High School.