In honor of the 12th Annual Tribeca Film Festival MoviefiedNYC brings you a daily movie still from a festival film that caught our eyes. Be sure to click on the title of the film to learn more about it. 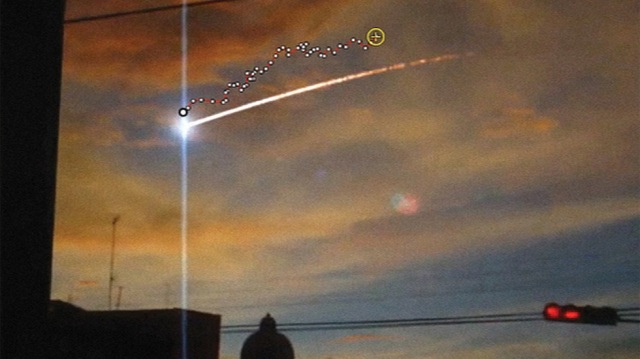 A mini-essay on motion, image tracking and mapping in an explicitly digital form, Depart moves through various modes of software and internet aesthetics to frame images of sublime landscapes and flying vehicles. Set to a score of air traffic control radios, transportation ambience and ominous drones, the accumulating layers of found, manufactured and self-shot footage—plus a swarm of digitally animated fireflies—ease into an ambivalent co-existence.